The area that became Atlanta was once home to the Creek Indians, who ceded their land to the State of Georgia in 1821. Most of Atlanta's first settlers were from Northeast Georgia, though others came from the Carolinas and Virginia. Some settled in Easton, a farming community at the present intersection of Piedmont Road and Monroe Drive. Industrious farmers whose land lay along major creeks established water-powered saw and grist mills. Easton farmers ginned their cotton and ground their corn at Walker's Mill, across from today's Ansley Mall.

In winter 1868, Joel Mable, a devout Scottish Presbyterian, organized the Union Sunday School in the Rock Spring School House. The school was located near the current intersection of Morningside Drive and East Rock Springs Road. Two years later, 27 members organized Rock Springs Presbyterian Church. Their names - Cheshire, Reeder, Luckie, Plaster and others - are familiar to this century's motorists. The first church, a white frame building without a steeple, was built in 1871 on the church's current site at Piedmont and Rock Springs Roads.

In 1876, Easton residents began using the Air-Line Belle, a steam train that ran between Atlanta and Toccoa for 42 years. Commuters boarded the train at a depot near Ansley Mall. By 1888, Easton was 100 residents strong. By 1900, a number of Eastoners commuted to Atlanta by train.

The new century brought many changes. Easton's post office closed in 1904. By 1911, the neighborhoods of today's Ansley Park and Virginia-Highlands were under development. That same year, Plaster Bridge Road in front of Walker's Mill was paved; the road was renamed Piedmont in 1917.

Charles Lewis Fowler, a Baptist minister, founded Lanier University on University Drive the same year. But financial problems plagued the school; in 1921 the property was sold to the Ku Klux Klan, which owned it for a year. The structure is now part of the congregation Shearith Israel. The synagogue is located in University Park, a subdivision developed around the university in 1921.

Two years later, real estate agents James R. Smith and M.S. Rankin build eight homes in Morningside Park. Advertisements stressed a 70-foot (21 m) wide paved street in front of homes with Murphy beds and a servants' toilet in the basement. Morningside was touted as a "new type of suburb." Commuters traveled to and from their homes by streetcar and, if they were fortunate enough, by car.

The new development prospered after the city annexed the area in 1925.

"The section known as Morningside, one of the newest subdivisions around Atlanta, was experiencing a boom. Many new homes had already been built and many others were under construction. The streetcar line and pavement were being extended out North Highland Avenue from Virginia Avenue to Lanier Place. Kimballville Farm, the fields east of Highland Avenue and the woods west of Highland, were being swiftly replaced by new homes and these were being occupied by young families of industrious, hopeful and friendly people." -Mini-history of Haygood Memorial United Methodist Church (1976)

The growing neighborhood acquired a school when Morningside Elementary opened in 1929. Originally, the school had six classrooms on the lower floor of the western side of the current building. Enrollment grew, and a new building was commissioned and completed in 1935, providing work for the unemployed during the Depression.

Development of Noble Park, Johnson Estates, and Hylan Park began in 1930. A year later Lenox Park opened, featuring model homes with names like "The Barclay," "The Sussex" and "The Chateau." Atlanta architects Ivey and Crook designed the homes in Lenox Park.

In 1934, the Morningside Civic League beautified the neighborhood by planting crepe myrtles and dogwoods. Postwar housing shortages, coupled with FHA and VA loans, spurred more development after World War II. A new interstate (I-75/85) threatened a thriving Jewish neighborhood south of the State Capital and many residents relocated to Morningside.

The neighborhood faced a similar threat in the 1960s. In 1965, the Morningside Lenox Park Association (MLPA) was incorporated to fight plans to build I-485 through the neighborhood. By the late '60s, the state had bought property and demolished several homes for road right-of-way. The MLPA banded together with other east Atlanta neighborhoods to block the highway. Thanks to their pressure, the state dropped its plans for I-485 in 1973. The following year, Atlanta enacted a new city charter setting up 24 Neighborhood Planning Units to give residents more say in their communities.

In 1985, residents renamed Cumberland-Sherwood Park to honor the late Sidney Marcus, a Morningside resident and state representative who helped block the I-485 project. Mr. Marcus also helped secure the land for the park, which the state had cleared to build the highway.

In the late 1980s, an MLPA committee led by David Robertson undertook a "monumental" project on behalf of their neighborhood. They decided to duplicate the Lenox Park marker at 878 Plymouth Road. Built in the 1920s, it was the only monument that remained intact. The committee raised enough funds to repair six existing markers and build 12 new ones. As the Winter 1989 MLPA Newsletter noted: "The new monuments will help define and unify the Morningside/Lenox Park area and will help focus attention on intown residential living and show our 'pride of place.' A unified look will help keep the freeways out of MLPA and show D.O.T. we are here to stay." 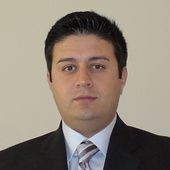