Down 15 homes from April, Hood County saw 76 single familt dwellings change hands in May according to the North Texas Real Estate Information System, my chief "relied on" resource.

Of those sold, only 2 properties were over a half a million bucks, averaging right at $600K, bringing 92% of the their list price, on the market for 264 days got you a home with about 3102 sqft.

Three properties sold between $400K and $500K, all waterfronts and one had 10 acres with in. They sat on the market for about 294 days average. That bought you a three bedroom, three bath, triple car garage home with 2932 sqft of air conditioned and heated living space.

Under $99,999, thirteen homes changed owners. The average price being $56,962 bringing only 91% of the asking price but only on the market for 63 days. These were mostly bank owned properties that they had foreclosed and put back on the market.

Well, there you have it. The facts with no hypothesis of what June will bring except some hotter temperatures & hopefully, a hotter real estate market! 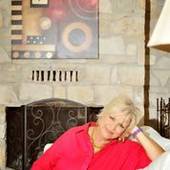