This weeks Sabbath Gleanings is taken from the situation

of the children of Israel and Moses when a bunch of
disgruntled men banded together to split the congregation:

"Now Korah the son of Izhar, son of Kohath, son of Levi,
and Dathan and Abiram the sons of Eliab, and On the
son of Peleth, sons of Reuben, took men....."
(Read the whole story HERE)

Fighting against leadership can spread like wild fire through
an organization. This happens because the people in the
group trying to destroy the leadership feel so strongly
about what they are doing. They work extra hard to convice
others of thier viewpoint, without going right to the
leadership themselves and asking about the viewpoint they
have, thereby getting understanding and wisdom. up, bitterness can develop, along with rebellion.

Aparantely, these few men felt so strongly about how they
saw things, they worked very hard to convince others to join
thier cause. This is what happened:

Korach, a Levite who was passed over for the leadership
of his tribe, challenges Moses over the position of High Priest.
No good rebellion can be"sold" as a means for personal gain,
so Korach convinces 250 higly respected men in leadership that
they must stand up for a matter of principle - that each and every
one of them has the right to the office of High Priest (which
Moses had already announced that God had designated
his brother Aharon to serve as the High Priest).

So...... what do you think happens to the person who rebells against
the authoritys God has intituted in an organization or church? In a dramtic show of authority, Moses declares:

Moshe's challenges all 250 followers of Korach to bring an
offering of incense to see who God will choose to fill the
one position. This meant that every man figured he would
be the one out of 250 to not only be chosen, but to survive
the ordeal.

Moses also announces that if the earth splits and swallows up
Korach and his rebels, it is a sign that he (Moses) is acting on
God's authority. And it happened!

Envy is destructive. It prevents a person from enjoying his own blessings. When you focus on the success of another person and
feel pain because of it, you are likely to do things that are highly
counterproductive. Envy is one of the three things that totally
destroy a person. The downfall of Korach was because of this trait.
Not only did he not get what he wanted, but he lost everything
he already possessed.

How does one overcome envy? The key is to focus on what you
have and on what you can accomplish in this world. Envy arises
when a person looks at others and compares himself to them.
The ultimate that anyone can have in this world is happiness.
When you master this trait by focusing on those things
conducive to happiness, you need never to envy another person.

Remembering your blessings every day and some times moment
by moment will do it. Plus thanking God for those blessings does
it; being grateful will help empower you to do good deeds for others.
I know when my day is filled with thankfulness, things seem to
go more easily for me. I do more for others and it seems to me
that others do more for me also.

The best thing to do when you are upset about something
that happens in your real estate brokerage, or in a transaction
is to see what you can learn from the situation.
Going to your boss and asking about things is a GOOD idea.

1 Praise the LORD, O my soul;
all my inmost being, praise his holy name.

2 Praise the LORD, O my soul,
and forget not all his benefits-

3 who forgives all your sins
and heals all your diseases,

4 who redeems your life from the pit
and crowns you with love and compassion,

5 who satisfies your desires with good things
so that your youth is renewed like the eagle's.

6 The LORD works righteousness
and justice for all the oppressed.

7 He made known his ways to Moses,
his deeds to the people of Israel:

8 The LORD is compassionate and gracious,
slow to anger, abounding in love.

9 He will not always accuse,
nor will he harbor his anger forever;

10 he does not treat us as our sins deserve
or repay us according to our iniquities.

11 For as high as the heavens are above the earth,
so great is his love for those who fear him;

12 as far as the east is from the west,
so far has he removed our transgressions from us.

14 for he knows how we are formed,
he remembers that we are dust.

16 the wind blows over it and it is gone,
and its place remembers it no more.

17 But from everlasting to everlasting
the LORD's love is with those who fear him,
and his righteousness with their children's children-

18 with those who keep his covenant
and remember to obey his precepts.

19 The LORD has established his throne in heaven,
and his kingdom rules over all.

20 Praise the LORD, you his angels,
you mighty ones who do his bidding,
who obey his word.

21 Praise the LORD, all his heavenly hosts,
you his servants who do his will.

Thanks to www.flickr.com ,
Neal1960 ,  André Pipa
and others for the GREAT pictures!!

These gleanings just underpin what God is doing in peoples lives...... He is AWESOME !!

No grumbling allowed. ask questions ( nicely and respectfully), if you are joining a "cause" make sure you think about it long and hard and know just what the cause is all about.

Thanks for visiting and commenting, Kathleen. I pray your daughter is doing well and is continuing to be a great example for ladys everywhere in our Messiah Jesus' Name(s)!!

Being a PK (preacher's kid), I grew up knowing the proper meaning of "authority"... God is the one who sets up order. And to not submit to that order is a pride issue... Pride goes before a fall, and a haughty spirit before destruction... not to mention the sins of gossiping and "touching the Lord's anointed"  ;-)

"OUCH" on all of those you mentioned, Lisa....... I am sure you had quite a number of lessons in the proper way to view authority.....

May our Creator bless you and keep you in our Messiah Jesus, sister..... 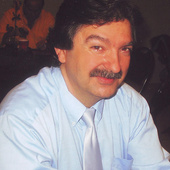