Recently, I was in the middle of bidding on a very large job.  The potential client informed me that I was one of the finalists in the running for the contract, but that I only provided testimonials on my web site and the other contractor had supplied phone numbers etc. for previous clients.    I quickly told the potential customer that I would indeed supply such, but I needed a few days to get approval from these people to allow contact regarding my services.  Well, her impatience won her over.  She used the other guy, Kind of.  See, he started the job by setting up his scaffolding, which strangle didnt match any scaffolding in any of his pictures and she became suspicious.  He then began the process of removing the damaged chimney by tossing the debris from 45 feet up to the ground, damaging her lawn.  HE WAS THEN FIRED!

So like the runner up beauty queen I gracefully accepted the job.

In conversations with the client during the course of the work she revealed to me that she had extensively checked his references and was shocked at how different the stories were from his performance.  My quick comment back was, well even the worst contractor has happy clients.   That statement made me think............why would anyone supply you with a reference that would say bad things?  Why would anyone give you contact info for someone who would NOT get you the job.  The entire idea behind references is disgusting.

As a chimney repair contractor as well as an inspector, we hardly ever are asked for references.  When they are requested, we provide them of course but not without laughing inside.

The best way to find a contractor for any repair or construction needs is to ask for referrals.  PLan in advance, if you ask enough people you will start to see that certain contractors stand out and become 3 or 4 time referrals....making your decision easier.

Whats the moral of the story?  RESEARCH.  References are really a tainted way of finding out about a companies abilities to perform their work.

I've never known anyone to give out the names and numbers for jobs they botched!

Then their are the Gurus that give out first names and cities, as if there were only one Bill in Houston.

Call the building inspector. If it's a big job also call his bounding agent. 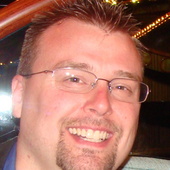 almost 11 years ago
bookmark_borderbookmark
A 95% referral business is obtainable for EVERYONE...
View more Recent Posts   arrow_forwards

Everything you wanted to know about chimneys; Accurately.