I will start out with the fact that I am not an appraiser, nor to I ever intend to be one anytime soon for that matter.  However, I just got out of our weekly office meeting and we had Huber Appraisal Group go over some issues that are still facing our Las Vegas market. They have been in business for over 20 years in the Las Vegas market.

She used our office zip code, 89117, as an example, a small snapshot if you will, of what's going on out there in the appraisal world.

They haven't made a negative adjustment for a declining market now for over 6 months.  If you know anything about the Las Vegas market since late 2007, this is a huge step in a positive direction.

Lenders are preferring comparitive homes that have closed within the past 4 months, some will go to 6 months though.  They will start with comparable homes inside the subdivision first and foremost, then progress out as needed.

The absorption rate, or how long it is taking for inventory to get sold, for 89117 is about 2 months.  Meaning if no other homes come on the market in the next 2 months, there won't be any homes to buy in this zip code. Time on market to get a home under contract is also at 2 months.

Price adjustments for non-distressed single family sales, so not a short sale or a foreclosure situation, in the 89117 zip code is about 9-10% higher.  She did say for the overall Las Vegas market it is around 12%.  She said the highest she has gone on any home was 22%.

The condo market still has a little bit of shaking out to do, specifically the high rise market.  The high rise market is still in a rate of decline, just not as severe as it was a year ago.  Smaller condo complexes are basically holding their own.

Upgrades and condition of home unfortunately aren't weighed as heavily as they used to be, although they will help justify a higher appraisal.  Percentages vary widely though, but generally you will only get half of what you may have paid originally.

They won't make any price adjusments for multiple offer situations, altough they may lean to the higher side if a listing agent can justify true offers.

She has seen cases where one house in a subdivision has been super upgraded while the rest haven't been upgraded as much.  If there are enough comparable sales in that community to set a price, then that house is just simply over improved for the community and won't be able to get a higher appraisal.

She even touched on green improvements as they are becoming more prevalent in the marketplace.  Generally a home has to have green systems in place, solar and insulation say, versus just a newer a/c unit in order to get a price adjustment.  So if you are going green in order to get a higher price for your home, go green all the way, not just one or two things.  Do it systematically.

Hope that helps clear up any confusion as far as pricing your own home.  Wouldn't it help if your realtor knew this information too?

Everyone having a better understanding of what is required to actually complete an appraisal report is critical in today's market.  Gone are the days of 3 comps that have sold within the last 12 months being acceptable.  The new norm is 4 comps no older than 90-120 days and 1-2 active listings or pending sales to further bracket it. 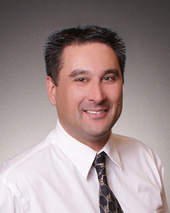