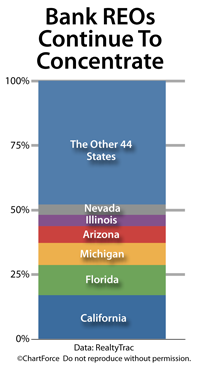 According to foreclosure-tracking firm RealtyTrac.com, bank repossessions reached record levels for the second straight month in May, topping 93,000 properties nationwide.

As compared to May 2009, all 50 states now show an increase in annual REO activity.

Data like that won't surprise today's active home buyers.  Foreclosed homes are prevalent, available and accounted for one-third of all home resales made in April.

Furthermore, total foreclosure actions -- the sum of REO, default notices, and foreclosure auctions in May -- topped 300,000 for the 15th straight month.

Foreclosures remain a huge influence on the housing market.

However, two interesting trends emerged in the data:

We can infer, therefore, that foreclosure activity may be in permanent decline in the areas hardest hit through 2007, 2008, and 2009.  In 2010, the data shows, foreclosures are waning.

This is reason for optimism -- especially as FHA delinquencies slow nationwide. As fewer homeowners go delinquent, the pace of foreclosures will slow further and that should help boost home values on every block in the country.

If you've been considered bank-owned homes for your own purchase, give a look at the RealtyTrac foreclosure report.  It's provides insight on a state-by-state level, and in the nation's largest metropolitan areas.

Then, to complement your research, talk to your real estate about the foreclosure market and what opportunities may exist.   Competition for bank-owned homes can be fierce at times, but there's plenty of "deals" out there.

You just have to know where to look.

Michael, great information you've put together. I just had my first session with a short sale expert yesterday. I'm in a small rural county in NW Arkansas whre there have been no short sales to date. Foreclosures are happening but not at a high rate. It will be interesting to see what the coming months hold. 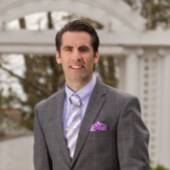