An update on the New Jersey Tax Credit just passed!

Purchasers of new and existing homes would be eligible for up $15,000 in credits, or 5% of the house price

May 27, 2010  By John Caulfield, Sr. Editor of Builder Magazine (www.builderonline.com)

The New Jersey Assembly on Thursday last week voted in favor of a bill that would allocate $100 million in tax credits to buyers who purchase a new or existing home in the Garden State this year.

The bill, A-1678, would give individual home buyers, on a first-come first-serve basis, tax breaks up to $15,000, or 5% of the selling price of the house, whichever is less. The credit would be distributed over a three-year period, starting in 2011. There are no income limits for eligibility.

The bill sets aside 75% of the $100 million for buyers of newly constructed houses, and 25% for buyers of existing homes. “People will look at this as the last ingredient that goes into their equation that it’s a great time to buy a house,” Joseph Riggs, group president at K Hovnanian, New Jersey’s largest home builder, told the Asbury Park Press.

“This legislation is about job creation, and about putting money back into people’s pockets so that they, in turn, can help stimulate New Jersey’s economy,” said Tom Critelli, president of the New Jersey Builders Association, which helped craft this legislation and solicited elected officials to sponsor it. “The housing industry is an economic driver. Without a healthy housing industry, there will be no sustained economic recovery.” He estimates that every home built in the state impacts 100 related jobs and creates three new permanent jobs. “The stimulative effect of this legislation will generate revenues in excess of what it will ‘cost’ in terms of personal income tax credits,” Critelli told BUILDER.

By passing this bill by a vote of 66 to 8 with three abstentions, the Assembly moves New Jersey one step closer to joining the ranks of other states, municipalities and even builders that are either offering or considering to offer buyer incentives to fill the void left by the federal tax credit that expired on April 30.

The news about New Jersey’s pending tax credit comes at a time when inventories of existing homes nationwide jumped by 11.5% in April to 4.04 million units, or an 8.4-month supply, according to the National Association of Realtors.


It still has to be passed in the State Senate before it becomes law though.  We will be keeping a close eye on this in the future. Keep your Fingers Crossed.

If you or someone you know is planning a Move in the near future, call your Pascack Valley experts, Lisa & Bob Hammerstein at (201)218-6802 or visit us on our website at www.HammersTeam.com.  We'll be able to help you if you're Moving to any of the Pascack Valley towns in Bergen County New Jersey.

Your Real Estate Resource for Bergen County and the entire Pascack Valley! DISCLAIMER: I must disclaim liability for any damages or losses, direct or indirect, that may result from use of, or reliance on, any information contained in this blog, or for the accuracy of comments or opinions expressed by visitors to my blog. The information contained in the articles is deemed reliable but is not guaranteed, and the opinions expressed in these articles are mine. 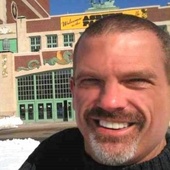