3.  THEY'RE DIVERSE.  Twenty-two percent are part of a minority group, compared with 13 percent of repeat buyers.  Six percent speak a language other than English, and 12 percent were not born in the United States.

4.  THEY LIKE THE 'BURBS.  Even though 22 percent purchase in an urban area, the suburbs continue to be the most popular locale, with 52 percent buying there.  The third most popular spot is a small town.

5.  THEY TAKE THEIR TIME.  First-time buyers take an average of 12 weeks to find their home, compared with 10 weeks for repeat buyers.

7.  THEY'RE MOST LIKELY A REFERRAL.  Fifty-three percent found their agent through a referral, compared with 36 percent of repeat buyers, many of whom sought the services of their previous agent.

How about they are currently renting.  In most cases paying as much in rent as a mortgage payment would be.

They need a tax shelter too if both are working and/or have a decent income. 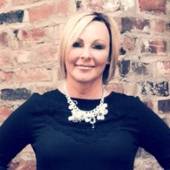 ActiveRain Community almost 11 years ago
bookmark_borderbookmark
COME AS YOU WILL BE... IN 2015!
View more Recent Posts   arrow_forwards