City Center Danbury CT is kicking off their 2010 Concerts On The Green tomorrow evening at 7:30 with the Danbury Symphony Orchestra. Admission is free.

Concerts will be held all summer long culminating with The Marshall Tucker Band on September 11.

Here is the entire schedule.

This is one of the most exciting high energy acts on the circuit today.

"SIMON SAYS" PLEASE KEEP US IN MIND FOR YOUR EVENTS.

The 1910 Fruitgum Company ® virtually exploded onto the National charts in 1968 with the first single release, "Simon Says". The song quickly moved up the charts to become a # 2 record on the national charts and reached the top of the charts in the United Kingdom. The 1910 Fruitgum Company followed up this initial success with another smash hit, "1-2-3 Red Light". The group's next hit record, "Indian Giver" became The 1910 Fruitgum Company's third Gold record. Other releases to follow included, "May I Take A Giant Step", "Special Delivery", "The Train", "When We Get Married" and "Reflections in the Looking Glass". Several other songs created a virtual treasure chest of albums!

The 1910 Fruitgum Company travels and performs throughout the United States. Our venues include large capacity concerts and we have appeared on Dick Clark's American Bandstand and numerous tv and radio shows as well as Las Vegas and Atlantic City. The group has shared the stage and toured with such music and entertainment giants as, Peter Noone, The Beach Boys, Trini Lopez,  Lou Christie, Sly and the Family Stone,Gary US Bonds, The Buckinghams, John Ford Coley, Maxine Nightingale, Tommy Roe, Mark Lindsey (original lead singer of Paul Revere and the Raiders, Jim Yester of the Association, Melanie, The Rascals and numerous other top acts.

Today, the group is back, with original members, and going strong. We perform our hit records along with the very best cover tunes from the 60's from acts such as The Turtles, The Buckinghams, The Beach Boys, The Grass Roots, B. J. Thomas, The Monkees, The British Invasion and a host of other acts. Our recently released brand new cd contains several of the old hits that have been re-recorded. We hope you enjoy the album which is available on our merchandise page. The 1910 Fruitgum Company is an act you do not want to miss. Nostalgia and good times are at every show.   The 1910 Fruitgum Company also does a package show called the Sensational Sixties with any combination of the following:   Denny Laine of the Moody Blues and Paul McCartney's Wings, Hall of famer Terry Sylvester of the Hollies, Nick Marinelli original lead singer of the Shades of Blue, Jim Yester of the Association , a sensational Beatle tribute act  and The 1910 Fruitgum Company. Original members in all National acts and former cast members of Beatlemania.       We also can back any act musically and vocally. 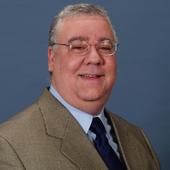