When you think YOU are in control.

Flying to see my sweetheart/significant other is a testimony to my LOVE for her because she knows very well that I do NOT enjoy flying. Yes I know it gets you from here to there much faster but if I have a preference I do like driving.  A very comfortable car, excellent music and good company. That’s my big three. We took off from GR heading south into a great sunshiney day. I think one of the best ways to overcome flying is to have a great seat mate next to you. Whether you like it or not you’re in a relationship with that person for the duration of the flight.

So pray that that happens for you. This lady happened to be the wife of a Pastor (Robert Fischer) from Heritage Baptist Church in Lakeland Fla. So you know where some of the conversation was headed. A very personable lady whom I shared pictures of my children and grand children (yes I’m one of the people who have pictures of his family) as well as she did. The flight was smooth all the way until the pilot said we are 20 minutes outside of Orlando Florida. You could start to feel the plane descending as it approached the city. Mind you  everything was going great and all of a sudden the weather started to change 20 minutes outside of Orlando Florida.

The sky turned from sunny to grey and finally to black. I have never been that scared in my life. Yes I was “scared”. At that precise moment I started to pray. Just when I thought (optimum word “thought”) I was in “control”. You could hear the prayers throughout the plane. The plane started to shake from side to side then it dropped several feet. And mind you I really don’t like to fly. The pilot circled the storm 3 times before breaking off and heading in a northerly direction. After some harrowing moments we landed (amid clapping and huge sighs of relief) but little did we know we were in a different city altogether. Now our destination was Orlando but we ended up in Sanford Fla. Remember there are people waiting at the Orlando airport for everyone on board and now everyone has to call their loved ones and tell them we are north of the city. The pilot comes out and asks whoever wants to stay and wait out the storm that they would be heading to Orlando and if you wanted to get off here you could but your bags were going on. There was a mass exodus from that plane. In the midst of ALL of this God is still in control. We have to keep that at the forefront of our minds every single day (myself included).

So I called my family and told them the situation and they said they would come and get me but the lady (my seat mate) called her husband and he aid not a problem that he would bring me back to Orlando as they had to go there to get her luggage anyway. So after waiting for a bit he showed and we proceeded to drive to Orlando. The things you learn about others when you’re on a road trip.  So if you are ever in the area drop in on Pastor Robert (Patty) Fischer of Heritage Baptist Church in Lakeland Florida.  Tell them I said hello and remember that God is ALWAYS in control.

We are always challenged to face our fears.  You had your fear of flying, and went.  When you thought it was smooth sailing -- in an instant, you were in a storm!  And just in life, when we face our fears, thinking it's all under control -- the storm brews.  Jesus, my great example of living, faced his own fears . . . but FOR US!!  He went right into the storm, and he had fears and human emotions.  But he went there for us.  We are blessed, and so are YOU!!

Carla. I had to be there for period of time and i had to fly BACK home. God was with me/us ALL the way. I really believe that.

That can be scary...in college I had some what that sort of an experience with Fog....ended up going back to Salt Lake CIty airport and spending the night...they tried it again ...and it was so thickly fogged in...we landed but I know all of us were praying!

Awesome true story, brother....... and YES God is ALWAYS in control.... I bet the drive to Orlando was nice, after the harrowing plane trip.  =-)

May you CONTINUE to be aware of our Creators hand in your life, Rob... in our Messiah Yeshua's (Jesus') wonderful, blessed and awesome Name(s)......

Deborah. It WAS scary. The things we do for love.

Alexander. He is ALWAYS in control.

Robert....From your story you certainly had more than a few anxious moments!  I'm glad everything worked out well and you made some new friends.  You're right in knowing who is really in control - we only think we are!

Robert I am with you-I hate to fly and do everything I can to avoid it.  I had a similar situation myself and the man next to me started to pray and I said "First time flying?"  He said "No I fly all the time."  I turned to my husband and said "We're gonna die!" At the time it wasn't very funny but when I tell it now it sounds funny.  For someone who flys all the time who should be used to stuff like that to bend over and start praying and shaking you think IT MUST BE BAD!  LOL  Thank goodness you made it through alright!

Carra. Anxious is not the word. Prayers do help.

Debra. I was a praying guy myself. But in ALL honesty i was very very scared. 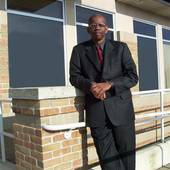