I found this great article that describes why southern Maryland has become the sought after place to relocate. Southern Maryland's unemployment rate is one of the Lowest in the State of Maryland and in comparison to the Nation worth considering when relocating....Reported by The Baynet:

Recent data indicated, as of April 2010, Charles, Calvert and St. Mary's County are tied for the third lowest unemployment rate in the state at 5.7 percent. Only Howard and Montgomery counties are lower.

Maryland's overall employment rate (6.9 percent) is significantly lower than the national 9.9 percent. Data shows that businesses have come and gone in these three counties, but between '04 and '09, a net business growth of 423 establishments occurred.

She explained that government employment with local bases, like NAS Pax River and Indian Head, as well as federal installations tri-county area residents commute to are "our biggest cushion." Defense contractors provide high-salaries to those with the skill sets necessary to obtain these jobs.

St. Mary's Department of Economic and Community Development Director Bob Schaller said, "I really believe NAS Pax is the magnetic force that anchors the region's third lowest unemployment state ranking." Schaller said that ranking was achieved because, "We have jobs."

In the three counties, College of Southern Md., Calvert Cliffs Nuclear Power Plant and Constellation Energy provide many jobs. Flowers-Fields said there is growth in the hospitality and retail industries. Similar to national trends, the region's healthcare employment has increased, while the construction industry has seen the most layoffs.

Many public officials use the term "insulated" to describe the regional economy, noting it's better here than in most parts of the country. Median incomes in 2008 were between $75,000 and $85,000 with wages reportedly increasing more recently. The median income in the U.S. is $52,029 according to the U.S. Bureau of Labor Statistics.

Though the unemployment rate is low in Southern Md., there are still many seeking work. One 42-year-old man, using a computer at the Lexington Park Library to look for job listings, said, "If you don't have a college education or military experience, there are less opportunities around here." The gentleman had been out of work for going on 5 months and previously worked roofing and carpentry jobs.

Flowers-Fields said the question of "Do the skills match up with available jobs?" is asked often. For those seeking employment or training, several programs are in each county to help get the unemployed or underemployed back to work.

Thanks for sharing. Have a most productive weekend. 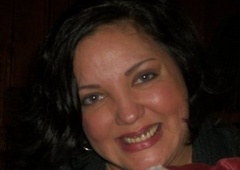