With mounting excitement I tuned in to watch the England vs USA World Cup first round match.  I nearly touched the 10ft ceiling when England scored in the first 4 minutes of the game.  Sadly this euphoria was short lived, watching the England goalie fumble a ball to roll in for the USA equalizer.  Aghhhh.....how bloody awful "Green" must have felt.

Watching from the sidelines is David Beckham,  I really miss him on the England squad.

I really must say I was almost dreading this match, first and foremost I will always be an England fan, but coming in a close second is the USA.  So to have my loyalties split watching my 2 favorite teams was hard.  Well done USA you fought a great match and what ever the outcome I want them to now win every game, as long as they are not playing against England.

I hope there are some supporters out there for the USA team on Active Rain, I don't expect there to be many England fans. It seems such a shame that every other country competing in this years World Cup has the support of their entire nation behind them.  I actually don't think I know a single person here in Atlanta who even cares about the competition in South Africa, let alone anyone who was watching today's match.  Over the years I have managed to convert my husband, (who is American), into a football fan, yes that's right I said Football, not soccer!! He actually listened to it on the radio while he was working, I am proud of him.

So now we have to wait a whole week for England to play Algeria and USA to play Slovenia.  I wish both teams the absolute best and can't wait til next Friday.

So get noisy and cheer on your favorite team, whoever they are.

I see how you could be torn between both teams.  Good futbol match!

Yes it was excellent, both teams were wonderful, they need to ramp it up a bit though for their next matches. 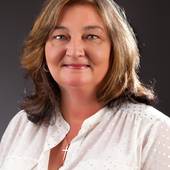