A client asked me this question, so I am sharing with others my response.

I am assuming you are referring to the expected "working" life and/or environmental issues of having a buried  tank in your yard.

Most underground residential heating oil storage tanks were installed before 1970, so by now they are at least 40 years old. Based on surveys conducted by Pollard Environmental about 70% of in-use tanks and about 80% of out-of-use tanks leak into the ground.

What are the risks? Risks are to human health, if ingested or inhaled (gasoline is higher than heating oil) and to property, these are environmental cleanup in compliance with State Water Control Law rules, aesthetic damage, impact on well - sump or basement, structural damage if under foundation, third-party lawsuits, insurance claims.

A tank that is NOT LEAKING AND IN USE is in compliance of both laws.

So what happens if it is leaking? You MUST report it to VDEQ (in Virginia).  Corrective action  should be performed to protect the human health and the environment.

Who is responsible?  The owner of the tank at the time of the reported accident to VDEQ. Which basically means, if you buy the house and the owner did not know of any leaks and if someone reports of an incident then the new owner is the responsible one. Caveat, you could investigate if the previous owner "should have known" of such a leak.

Building Code issue 2007 IFC. If  there's an Out-of-use (over a year) tank in the yard, this must be emptied of all petroleum and either removed or filled with approved inert solid (usually cement)

How do I know if it is leaking? Some people think that the presence of water in the tank is the only evidence, actually it may not have substantial water in it and still be leaking. Look at the oil bills, if there's excessive usage it indicates heavy leakage.

What do you recommend?

Option 1:  Have it inspected by an experienced professional with professional liability insurance -you need to know what you are doing-.  These inspections cost about the same as a home inspection and can give you some peace of mind.

Option 2: If it is really old and it is not leaking (yet) plan in replacing it with either a new one or better yet another source such as gas.

There's several companies out there that can test these tanks, but only use the ones with proven experience. Pollard Environmental is one of them.

The consequences of an old tank in the ground can be expensive to a new owner, whether residential or commercial.

You are correct when you state that the principal responsible party (PRP) is the current owner.  While they may have recourse against prior owner's, the current property owner maintains all of the responsibility for the testing, removal and environmental cleanup that may be required when an underground storage tank (UST) is discovered.

Depending on the size of the tank and the amount of leakage discovered, the costs for removal and treatent may multiply expotentially.  Added to those costs are the legal costs, engineering costs and reporting costs that will also accrue.  Time is also a factor in the cleanup process as most of the environmental agencies want to do follow up testing for a long period of time to insure that the cleanup has been successful and that there are no remaining pollutants or that the ground water is not experiencing residual contamination.

Legal costs to hire an attorney to chase the prior owner's can go expotential, depending on how many other owner's may be involved in the issue.  You cannot depend on "hold harmless" clauses or other such language in purchase contracts to protect the current owner since you first have to establish that the prior owner has at least partial liability for the contamination.  This alone can be an expensive battle in the courts.

Generally, if there is the potential for an underground storage tank or some other storage device on the property which could have generated a leak, then stay away from the property unless you are prepared to spend a significant amount of money prior to purchase to determine if contamination has resulted. 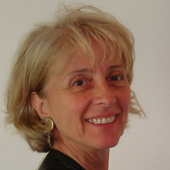