Update on the new tax credit for home buyers

So, what’s going on with that tax credit for home buyers I recently told you about? It’s cleared the Legislature in New Jersey, but word is Governor Christie is hesitant to sign it. As his spokesperson, Michael Drewniak, said, “It’s a nice idea to help stimulate home buying in New Jersey. It comes at the right time in that sense, but it’s the wrong time in that we simply don’t have the money to spare for the tax credit. The sponsors of the bill are aware of that. We are open to ideas, but that’s a real problem.”

The bill would give out $100 million in tax credits. Proponents note it would pay for itself by spurring a sector of the economy that would generate tax revenue. 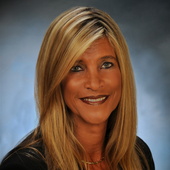