First-time homebuyers looking to land an $8,000 federal income tax credit may have a little more time to close on their purchases if a Senate amendment unveiled Thursday makes it into law. As it stands now, homebuyers must have signed contracts by April 30 and must close the deal by June 30. They could be eligible for an $8,000 tax credit if they are first-time buyers or a $6,500 credit if they owned and lived in their previous home for five of the last eight years. The closing deadline, however, could be pushed back to Sept. 30 under an amendment offered by Senate Majority Leader Harry Reid, D-Nev., Sen. Johnny Isakson, R-Ga., and Sen. Chris Dodd, D-Conn. The senators said they want to make sure banks have time to process the transactions, especially short-sales, which is a more involved process. 'By extending the transaction deadline, we can ensure that everyone taking advantage of this credit can complete the purchase of their new home, Reid said. It remains to be seen, however, whether the amendment will go anywhere. It's part of a controversial jobs and tax bill that may be radically changed before the Senate approves it. Lawmakers are not scheduled to vote on the bill until next week at the earliest

We have a mortgage transaction that is under the gun to close by the end of this month in order to take advantage of the homebuyer tax credit.  The passage of this bill would take the pressure off.  Some members of the military and some federal employees have until April 30, 2011 to get a purchase into escrow (http://www.irs.gov/newsroom/article/0,,id=215594,00.html). 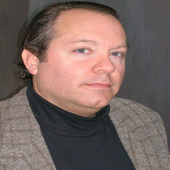