Thursday was another dark day for the stock markets. Things are likely to get worse as the spreading credit crisis encompasses markets all around the world. Thursday was one of the year's worst days on Wall Street. The Dow average suffered its second worst session of the year.  Overseas investors followed, dumping stocks even as central banks attempted to calm fears. Asian markets sank overnight. European shares plunged, erasing their 2007 gains.

The latest bout of turmoil comes amid growing signs that problems in the U.S. mortgage sector are spreading overseas. A major French bank was freezing withdrawals from three of its top funds because a drop of liquidity made it impossible for it to value their assets.

In America, Countrywide Financial, the nation's leading U.S. mortgage lender said in a Securities and Exchange Commission filing late Thursday that extremely poor conditions in the secondary mortgage market are causing it to retain a greater proportion of mortgage loans than it sells. Countrywide Financial shares tumbled 16 percent in pre-market trading on the news. Some of the big lenders such as Wells Fargo raised their rates to 8 per cent.

Stocks have been selling off globally, despite an injection of liquidity by central banks around the world. Other central banks, including the Federal Reserve, Bank of Japan and Bank of Canada, have also intervened in their respective markets, although on a lesser scale. The Fed pumped about $24 billion into cash markets Thursday.

Let us hope for a speedy recovery of the markets. The market has always recovered over time. Hopefully we won't have to wait very long. This buyers market could get much worse before it gets better. 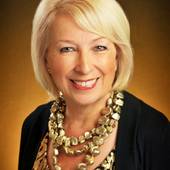 I am happiest when I help a first time buyer get into their new home. It may take months to get thier credit cleared up or to get there income level to where it needs to be, but sometimes a slow by steady process can be the most rewarding.