The recent real estate boom not only contributed to the Great Recession, it is also opened the floodgates on another serious issue; real estate fraud.

While home owners were enjoying inflated property values and relishing in the newfound wealth provided by their home's equity, it seems fraudsters were also enjoying a heyday. With more money, easy access to credit, and high volumes of activity, overzealous players in the real estate market apparently let their guard down, making them easy prey for scammers.

The FBI has created the National Mortgage Fraud Team in response to the extraordinary rise in reported fraud. The team consists of 18 mortgage fraud task forces and 47 working groups strategically placed in high threat areas throughout the country. The group was formed to deal with the overwhelming rise in Suspicious Activity Reports (SARs), which are filed by financial institutions when fraudulent activity is suspected. In 2008, a 36% increase in SARs put the total for the year at 63,1731. Compare that to the 107 cases being investigated in 2001, and the problem becomes quite evident2.

Mortgage and real estate fraud can take many forms; however, the FBI is targeting that which involve industry insiders, as it is believed they are the ones that facilitate the bulk of the fraud. The main scams being targeted are: equity skimming, property flipping, foreclosure rescues, and mortgage identity related theft. Foreclosure rescue scams are of particular concern as the numbers of homeowners behind on their mortgages are at historical highs. People facing foreclosure are more vulnerable to scammers and are also more likely to partake in illegal activity in order to save their property, or minimize the loss associated with foreclosure.

During the real estate boom, there was so much money changing hands that it was easy for the fraudsters to stay beneath the radar. Now that the market has crashed, these white-collar crimes are beginning to surface. The FBI is working with industry stakeholders and the general public in an effort to educate them on how to recognize fraudulent activity, and identifying the risks associated with knowingly partaking in illegal real estate transactions.

Any form of misrepresentation—lying about income for example—during a real estate transaction is considered fraud, and comes with severe penalties. Hefty fines and/or jail time are not uncommon, and any money already invested is likely to be lost.

As a buyer or seller, you need to be aware of deals that seem too good to be true, always provide honest details about your situation, and be sure to check the credibility of your broker, lending institution, and all other parties involved in the transaction. The last thing you want is the FBI knocking on your door. 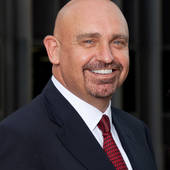