Home > Blogs > Ken Campbell > Ken Campbell's (kencampbell56) Blog
bookmark_borderbookmark
Toronto, Canada, June 21, 2010 I have tried lately to stay away from including my views on where our economy is going because (my wife says) I am too pessimistic. However, there are things happening in the world from an economic perspective that creates a concern for the future. I leave it up to you to decide how long it will take before these events affect us locally and especially the public’s perception regarding their ability to buy or sell a home. A small increase in the Bank rate and a small increase in the cost of a transaction have already spooked buyers. Here is what is happening: 1. Canadian trade confidence is at one of the highest readings on record (78.8). However, behind that number are several factors that need to be reviewed. A. Canada’s robust market is where exporters are focusing their efforts and they are realizing sales here while actual export sales are relatively weak. B. Government infrastructure spending is now at its peak which is bringing a lot of additional sales, profits and jobs into the economy and that will continue over the summer but drop off significantly in the fourth quarter and beyond. C. The Bank of Canada is extremely concerned about counting on robust growth. They continue to be “considerably uncertain” about the Canadian dollar, European debt issues and the slowing down of the Chinese economy as it relates to the Canadian economy. 2. China’s economy, after the Government put billions into a stimulus package, is slowing down fast. Automobile sales, real estate transactions and manufacturing have all plummeted; credit has been tightened because of rampant speculation in real estate; and an obvious sign – electricity demand has slowed significantly. China’s economy is a large participant in the world economy – as shown by how it helped buoy up everyone else during the recession with a 17% increase in output. A 10% drop in China’s GDP will have a major impact on the world economy. 3. The Eurozone is now facing up to systemic economic problems in some countries. Socialized benefits and low retirement ages are creating a situation that is not sustainable in the long term. Spain, Greece, France and even Germany are being forced to tackle these systemic issues to ensure long-term solvency. It will take a few years to get it all sorted out. 4. US unemployment numbers are rising again; housing starts are going down again and the foreclosure issue in real estate hasn’t really changed over the last two years in spite of major efforts by the Administration. In the short-term Canada has a stop gap due to increased domestic sales. In the near- term we should probably start saving up for a rainy day coming sooner rather than later. The one thing I don’t know is how long each of these economic hurts will take to affect us here. The one thing I do know is that Stephen Harper (regardless of his political affiliation) is an Economist by education and understands the mistakes of the past; Mark Carney is one of the brightest Bank of Canada Governors we have ever had. Between the two of them they have been making all the right thoughtful decisions to ensure our economy is being helped by Government policy and actions. Ken Campbell, MBA. Real Estate Homeward 416-553-6376 kencampbell56@gmail.com http://www.kaceeyteam.ca
Like favorite_border
favorite_border 0
Re-Blog
repeat 0
bookmark_borderbookmark 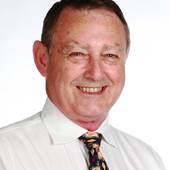