The National Repertory Orchestra celebrates 17 years in Breckenridge, Colorado this summer with its usual series of concerts in Breckenridge and around the state. Originally formed as the Blue Jeans Symphony in 1960, the group later became the Colorado Philharmonic. Following 20 years in Evergreen, the orchestra moved to Keystone and changed their name to the National Repertory Orchestra to promote their national and international mix of musicians. In 1993, the Town of Breckenridge invited the National Repertory Orchestra to perform at the newly completed Riverwalk Center and that’s been the home of the NRO ever since.

The NRO was founded as a fellowship to equip young musicians for orchestral music careers. There are daily rehearsals and twice-weekly full orchestra concerts at the Breckenridge Riverwalk Center from late June through mid-August. Members of the National Repertory Orchestra also take part in smaller group performances throughout the summer months.

The NRO Porch Series Concerts on the front porch of the Breckenridge Associates Real Estate office is one such performance. Join us this summer for the Porch Series Concerts as we’re captivated by the music of a small chamber ensemble from the National Repertory Orchestra. Concerts take place on Fridays at 5:30pm in July. This year’s schedule includes July 2, 9, 16 and 23.

Music Director and Principal Conductor, Carl Topilow has been with the National Repertory Orchestra for thirty one years. Under his guidance the NRO has grown in prominence to become one of the top summer music festival programs. Maestro Topilow personally chooses the musicians through a series of auditions around the country and creates the program, always with an eye to audience involvement.

Tickets to a National Repertory Orchestra concert are available online at their website. Or you may call the Riverwalk Center box office directly at 970-547-3100. We look forward to seeing you here in Breckenridge this summer for the Concert Series. I would love to be sitting in one of those lawn chairs listening to some wonderful music after a full day of showing property, writing counter offers and checking on an upcoming listing.  Sounds like the perfect way to spend a few relaxing hours!

It's the perfect complement to a full day at work! Happens every Friday night in July, so we'll look for you next season! Thanks for your comment. 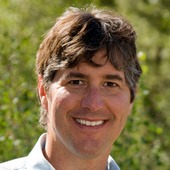