It is so easy to kick someone who is down. It doesn't take much effort and there is little fear of retaliation. Many people are jumping on the band wagon riding against homeownership in this country. People are pontificating on every aspect. Whether it is pricing or the more intrinsic values of owning a home doesn't seem to matter. Some believe that homeownership is bad for you and maybe even bad for the country. Are these people crazy?

A few years of a down market does not wipe out over 200 years of American real estate history. Owning your own home is as much a part of the American dream today as it was when my great grandparents entered this country. There are people flocking to America every day with the hope that they too will be able to someday purchase their own home: a place where they can raise their families and invite their friends; a place where they can build the memories that become the family stories that will be passed down from generation to generation.

Each Wednesday for the next five weeks I am going to take one of the five dumbest reasons people use to explain why you shouldn't buy a home today. We will start today with:

Dumb Reason #1: Real Estate is no longer a good investment

There is no doubt that houses in this country have lost substantial value over the last five years. We could make the argument that the purchase of a home should not be looked at as a financial decision. However, that would just embolden those who make this argument. We will, instead, take this subject on directly.

The naysayers love to shout:

If you think real estate is a good investment, ask someone who bought in 2006.

However, a person who placed money in the Dow in 2007 and sold it in January 2009 would have lost 49.3%. Even if they sold today they would still be at a 26.7% loss. Does that mean that we should never again invest in stocks?

If someone bought gold at the end of 1987 and sold it in 2000 they would have lost approximately 50% of their investment. I am sure there were people in 2000 who decried gold as an investment when it dropped to almost $250 an ounce.  I hope people didn't listen as gold is now trading for over $1,200 an ounce.

It bothers me when people look at just the monetary price of a home. Its value is so much more than that. Your house provides shelter and a place to spend time with friends and family. Yet, your home also is expected to provide a return on investment. What other big ticket item that we buy do we expect that from? We don't expect cars to appreciate. We don't expect a boat to appreciate.

But, if a return is what you are looking for, let's compare housing to the stock market. Not in short term intervals but over the long run. Here is the percentage return you would have on May 31, 2010 if you invested money in each of these instruments on January 1, 2000:

Real Estate was the best investment even throughout one of the most difficult decades in American homeownership.

We will cover Dumb Reason #2 - Renters are happier than homeowners next week. 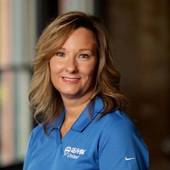 This blog is a wealth of information not only about buying or selling your home but about community, events and local information. I am happy to answer any questions and help not only my clients but my peers in this ever changing industry of real estate!