The Hartsdale Farmers Market is back! Founded in 1993, and sponsored by the Town of Greenburgh, June 19th is the official start to their season. Every Saturday, you can expect to see stands loaded with fresh fruits, vegetables, breads and pastries.

The market will run every Saturday through November 20.

“We’re about creating clusters of people who are passionate about getting good food,” says Miriam Haas, founder and manager of Community Markets, the small consulting company behind about twenty of the farmers’ markets in the region.

Her endeavor in food organizing began in 1991 in Ossining, New York. Haas and fifteen other families started a co-op to satisfy their increasing concerns about chemicals in their produce. “It came out of a need to find organic produce for our young children,” Haas explains.

What began with two farmers in the first year, expanded to three in the second, and eighteen years later, Community Markets manages approximately twenty markets in the region.

Many of the distributors at the markets offer organic and homemade products, including artisanal breads, organic honey, jam and quiches.

And…if you need that cup of Joe…Starbucks is right next door.

Consumers can also expect to be entertained by live music every week. Celebrating the grand opening this year was Matt Turk. Turk is a veteran performer who has engaged audiences around the world, both as a hard-rocking bandleader and an acoustic folk troubadour. Matt's new recording American Preservation was released in March 2010.

On June 26th, between 10am-11am, music at the Market will feature Bill Galanin, a solo acoustic jazz guitarist.

In addition to music, future events also include live cooking by Chef’s who use ingredients from the market to make something fresh and exciting, and several tastings. This weekends' market promises to be extra-special. 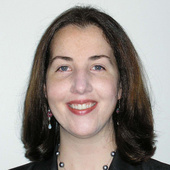