The Groesbeck submarket was one of the few to post positive absorption during the first quarter as 151,772 square feet were taken off the market.  Total net absorption in this market has remained positive for the past three quarters.  The vacancy rate fell to 14.4% from 14.6% during the fourth quarter of 2009 and remained above 13.3% reported one year ago.  Rents were steady at $3.82/sf in the first quarter, and were down from $4.19/sf reported one year ago.

Check back often, enjoy my blogs and please leave comments! 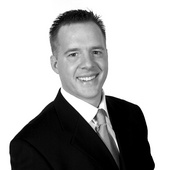 ActiveRain Community over 10 years ago
bookmark_borderbookmark
What is a lease abstract and how can it help your ...
View more Recent Posts   arrow_forwards

Jason is personally committed to a holistic approach for assisting local and international companies with their strategic real estate needs. He provides his clients with targeted real estate market research, industry trend analysis, and logistics solutions that enable them to make well-informed, cost-effective decisions about their businesses.