You can find Historical Beaches and Parks in Beverly, MA, so if your in the market to buy a home you are not only investing in a piece of property but in a city of historical value. When I moved to Beverly, MA, one of my favorite places to pass the time was Historical IndependencePark . A local beach with a long sloping grassy hill before the sand turns into water, it’s the perfect place to bring the kids, take a walk, or just hangout and read a good book. It is also known historically as the birthplace of the U.S. Navy that a commemorative stone and canon along with American flag represents the beach’s true colors as a memorial to the Historical Revolutionary War.

A second spot in Beverly, MA that is full of history and a popular spot to spend the day would be Historical Lynch Park. These sixteen acres were originally known as Woodbury's Point. During the Revolutionary War, Beverly was immensely important to the Patriot cause, particularly after the British closed Boston Harbor in June 1774. This spacious park has something for every taste, including a playground for the kids, plenty of picnic benches, a rose garden, and two beaches to choose from. Plus, free to parking for all Beverly residents! Historically, it’s known for similar reasons as Independence Park, its two beaches played a large part in the launching of the first U.S. Navy. Later, in the early 1900’s it became the spot where many of the wealthy families of the North Shore would build their summer homes. In the summers of 1909 and 1910, President Taft rented the Stetson cottage which stood on today's Italian Garden. It’s been said that he made the cottage his summer White House. Walking along the outer edge of the park you can find various statues that expose little pieces of the parks past, ranging from the Revolutionary War to stories from the previous families that have lived there.

So buying a house for sale in Beverly, MA, has a lot to offer every buyer, whether you’re a beach bum or an active sightseer. If would like to take a walk with me and look at some homes for sale within walking distance of the beaches in Beverly, MA feel free to either email or call me.. 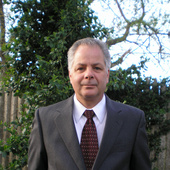