It doesn't take an Earthquake to move Uxbridge Residents just a knowledgeable Realtor® ..... but today the earth moved beneath their feet as southern Ontario felt the shock-wave from a 5.5 (later downgraded to 5.0) magnitude quake. The effects of the Quake were felt throughout southern Ontario .....

While Canada is subject to 3 or 4 quakes a day they are seldom felt by you or I and it takes sensitive equipment that measures sesmic activity to even know they happened. However on a few occasions a year Canadians do feel them.

"This earthquake occurred near the southern edge of the Western Quebec Seismic Zone. Earthquakes within this zone are mostly small. They tend to cluster in a wide area that is slightly elongated northwest-southeast. Historically, earthquakes in the Western Quebec Seismic Zone have caused damage roughly once a decade. Three or four smaller events each year are felt in the region but are generally too small to cause damage. The largest earthquakes known in this part of Canada occurred in 1935 (M6.1), about 250 km (150 miles) to the northwest of todays event, and in 1732 (M6.2), about 150 km (100 miles) to the east. The 1732 earthquake caused significant damage in Montreal". source USGC

To learn more about what housing options
Uxbridge
and the surrounding area has to offer;
be it condominium or detached homes, in town or rural communities,
country homes, estates or farms just give me a call or Text Me from my web site

So did you feel today's quake Kathy.

Janice - Indeed we did

I was in my car when I felt it start to rock back and forth. There was no wind at the time and I thought it was very strange that my car was rocking....then I thought maybe some strong gusts were coming and going.

Now I know the reason behind it!

Jo - what you might call an earth shaking moment.

What a great, timely and creative advertisement. I hope it works for you.

Brian - this is not the first time we've felt the effects of an earthquake in the Uxbridge area ..... the last one we felt woke us up as it shook the house. 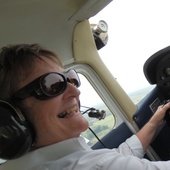