Loudoun Bank foreclosure listings are quite the norm right now, but showing and selling them are a completely different story.Every day as a leading listing agent, I get calls about whether my listings are bank foreclosures, or short sales. Seems that more and more selling agents have been burned trying to actually sell any of the numerous listings out there. This often leaves their buyers with long waiting periods and unknown competition, before they know whether their contract was accepted. In the meantime, rates continue to be volatile, and planning a move becomes next to impossible. Last night at 9:30pm was no exception. A selling agent called me on my cell, asking if one of my town-homes was a foreclosure or short sale. When I replied, no, he was very excited. Seems he was told his client had a deal on a similar town-home that was owned by a bank, but he could never get the ratified contract back. His client moved out of his apartment into a hotel, his stuff in storage, thinking his settlement would be eminent. They found out late yesterday, that in fact the bank had accepted a different contract. Now they were scrambling to find another home for the client. So although, bank foreclosures seem like a good deal, often there are unknown issues, and long, long waiting times. Sometimes, finding the right resale, priced aggressively and in good condition can be the better choice. 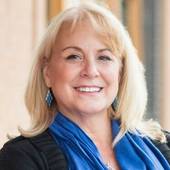