Although I have been writing about real estate auctions for some time, the interest that I have observed in the selling of six condos at 127 Madison Avenue in Manhattan this coming Sunday at the Roosevelt Hotel has been intense.

Hundreds of readers have looked at my posts on the auction, an unprecedented four readers have called me for advice on the sale, and two asked me to represent them at the auction (before I explained to them the hazards that they faced if their bids were accepted).

Paul Jaber, a hedge fund executive who studied the financials, concluded that there were too many imponderables–that is, too much risk–in bidding.  Among them were whether:

When we batted around Jaber’s doubts, we also wondered about the requirement that bidders pay all cash within 30 days of going to contract.  Certainly, no bank would commit to a loan without clear title and no loan could be funded within that month if title had to be cleared first.  That issue caused one of my callers to pull back from the auction (while the other did so largely because the bidding package worried her).

Speaking to Haghani, who was understandably frantic as the auction approached, I learned I had gotten one thing wrong out of 13 concerns in my earlier post.  He said he couldn’t remember exactly what and didn’t have time to refresh his memory, but it had to do with that 30-day clock.  I’m guessing he believes I erred in saying that the seller didn’t face the same deadline.  If so, I stand corrected.

For anyone without cash in the bank, bidding at the auction obviously would be folly.  For anyone with cash, it would be a bigger risk than I personally would consider taking.

In any case, I’ll be at the absolute auction of five of the six condos on the block (the penthouse being sold subject to seller confirmation) and report back after it ends, either Sunday or certainly by Monday.  I’ll have my camera, and my hands will emerge from my pocket just to take pictures and notes.  If you’re there too and spot me, say hello! 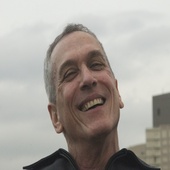