The race to close is back on.  Yesterday, the Senate failed to pass a hotly contested catchall bill that included an extension to the deadline to close for the First Time Home Buyer’s Tax Credit, which is currently set at June 30th.  According to a number of sources there is a backlog of 180,000 homebuyers who were in contract by the April 30th deadline but have not yet closed.  News that the closing deadline had been extended spread like wildfire last week after the Senate approved an Amendment proposed by Majority Leader Harry Reid (D-Nevada) on June 16th.  Apparently few people realized that all the passage of the amendment did was approve the addition of it to a bill that was anything but a sure winner.

There were apparently some attempts to “decouple” (as Sen. Olympia Snowe, R-Maine called it) some of the items in the bill, most notably the extension of jobless benefits for the long term unemployed, from the rest of the legislation, but that was also unsuccessful.

The finger pointing and name calling are now in high gear and it appears to be something of a Mexican Standoff – the Republicans remain unwilling to pass the entire piece of Legislation because of concerns about adding another $30 billion to the already staggering deficit and Democrats are resistant to unpacking the Legislation and addressing some of the issues individually.  According to Harry Reid (D-Nevada) the Senate will now move on to other matters.

If you’re involved in a transaction that qualifies for the Tax Credit…get out your track shoes. We have two projects that could be effected by the outcome of this extension. We are watching with our running shoes on.

Hello Joy, thanks for posting.  I'm always amazed at the pork that is stuffed into these bills.  Why not just vote on the singular issue.....The Tax Credit.  Got to love politics!

We work hard to have our homes completed by the deadline, all of them will make it and thanks to our great lenders preparing ahead of time our home buyers will reap the rewards.

Steve:  I'm afraid this situation is going to end badly for a number of home buyers.  Hopefully, you can outrun it.

The market is going to have to make it on its own sooner or later.

I agree Tim.  I just feel bad for the folks who thought they were all set because they were in contract by April 30th and are unable to close because of lender backlogs. 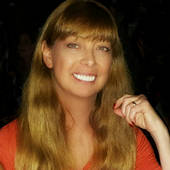