Even though the Internal Revenue Service beefed up its controls, Uncle Sam has forked over millions of dollars for erroneous claims through the federal home buyer tax credit program.

Roughly 14,100 Americans have received erroneous credits-totalling more than $26.7 million-through the program, the Treasury Inspector General for Tax Administration estimated in a report Wednesday. Notably, more than $9 million in credits went to prisoners who were locked up when they reported buying a house. J. Russell George, the Treasury's inspector general, called the findings "very troubling."

"Congress created and modified the home buyer credit to stimulate the economy and help taxpayers achieve the American Dream, not to line the pockets of wrongdoers," he said in a statement.

In an attempt to jump-start the real estate market, the Obama administration began offering tax credits worth up to $8,000 for qualified first-time home buyers in early 2009. Then, in November of last year, the program was extended and expanded to include even some current home owners who signed a sales contract by April 30 and closed their transaction by the end of June. The tax credit worked to increase sales, particularly during the run up to its expiration, but has lead to sharp drops in home purchases thereafter. New home sales in May-the first month after the tax credit's expiration-plummeted by a third.

The program came under fire last fall when an earlier inspector general's report flagged more than $600 million in questionable claims and found that at least one 4 year old had obtained the credit. But the most recent inspector general's report credits the IRS with upgrading its controls since then. Improvements include requiring additional documents to verify home purchases, implementing filters to flag suspicious claims before they are processed, and launching efforts to recover payments from those who may have erroneously received credits. "The good news is that the IRS has made significant strides resolving problems associated with this program," George said. "For example, no minors received the credit, according to our report."

Still, the most recent report shows inappropriate claims are still a problem. The inspector general estimates that at least 1,295 prisoners fraudulently obtained more than $9.1 million in credits on their 2008 tax returns. What's more, 241 of those prisoners were serving life sentences when they reported buying a house. The inspector general recommended that IRS officials take steps to recover such fraudulent credits.

The report also found that 10,282 taxpayers obtained credits for purchasing the same homes that other taxpayers were using to claim the credit themselves. While the inspector general wasn't able to put a precise dollar figure on it, the value of these inappropriate credits is expected to reach into the tens of millions. The inspector general recommends that the IRS use computer programs to identify taxpayers who made claims based on properties that others had used and investigate their refunds.

In addition, the inspector general flagged 2,555 taxpayers-who received $17.6 million in credits altogether-based on home purchases that occurred before the program had launched. The inspector general recommended that the IRS take steps to recover such inappropriate refunds.

Finally, the inspector general identified some 34 IRS employees who claimed the credit even though it's possible that they have owned a home within the past three years, which would make them ineligible for the full $8,000. In last fall's report, the inspector general identified an additional 53 agency employees who may have obtained the credit erroneously.

people always find a way to pull something, they are always one step ahead of the controls it seems. It is too bad that good people miss out because bad people have to swindle the system

I know you would think after all the investigations and arrests, the scammers would be fearful. An agent in my office submitted an offer on a property and was about to fund and record until she discovered the house was in distress. The seller is out of the country on vacation. I hope this doesn't turn out to be a scam but it sure smells like one. 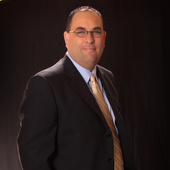