Mortgage servicers completed 112,088 loan modifications through their own proprietary programs in May, according to a report released this week by HOPE NOW. That compares to 47,724 new permanent modifications under the government’s Home Affordable Modification Program (HAMP) during the same month.

Altogether, just over 159,000 mortgage modifications were completed in May, bringing the total number of mods for the year to 800,536, HOPE NOW’s data shows.

According to Treasury, 49 percent of homeowners who do not qualify for a permanent HAMP plan have been placed in an alternative servicer modification with comparable payment reduction benefits.

In addition, HOPE NOW says private-sector servicers completed 213,000 other workouts in May, such as repayment and forbearance plans.

Faith Schwartz, senior advisor for HOPE NOW, said, “The latest results continue to support the industry’s unprecedented efforts to assist borrowers across the country using myriad foreclosure prevention programs. The industry has made great strides and is organized around significant efforts.”

However, Schwartz noted that 3.77 million borrowers are currently 60 or more days late on their mortgages.

“It is incumbent that the industry, government, and non-profit segments continue to collaborate until the housing market has stabilized,” she said.

HOPE NOW’s data shows that foreclosure actions were started on 205,479 properties in May alone. Foreclosure sales during the month totaled 98,963. 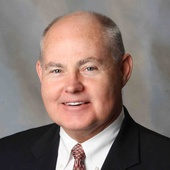