Ok, here is the question.  The Goodwin Team has been successful in getting short sales to closing.  90% of the time we are the listing agent.  We have a repeat client who has their own home under contract and a contract on their next home, a short sale on which the bank, through a series of mortgage sales, is OCWEN.  Now, folks, I am not usually on the buy side of a short sale.  I would much rather be in control (or, at least believe I am) on the listing side.  The co-op listing agent has also completed a number of short sales, so my point is that neither one of us are short sale virgins.  She was told today that the short sale approval she was given (verbally) last Thursday was cancelled because the homeowners may now qualify under HAFA.  Huh?

Last Thursday, the listing agent was told she could expect the approval letter within 48 hours (by yesterday according to my calendar).  When she called to follow up today, she was told the letter was cancelled due to the new HAFA regs.  Now, I have studied these regs, went to the NAR website, perused the CDPE info, etc., etc.  Now for the $64,000 question.

WHAT PART OF HAFA WOULD THESE HOMEOWNERS WANT TO CONSIDER?

Contract completed, BPO done, couple (ex at this point) moved out, inspections complete, let's get this house closed next Wednesday.  Does anyone know why OCWEN would throw this roadblock a week before closing?  I am truly puzzled about what the goal is here.  I know I am probably preaching to the choir at this point, and I appreciate your indulgence.  Now waiting on "the packet" to be mailed to the residence for the homeowner.  Homeowner to work with listing agent to turn around paperwork to OCWEN stating they do not qualify or do not wish to participate.

Can anyone else think of next steps to move this file to successful close?  Any advice appreciated!!

The Goodwin Team
Dan and Shelda 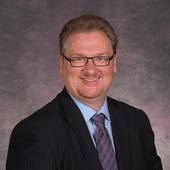