Homebuyers here in Lancaster County were starting to sweat a little bit as the deadline for the $8,000 tax credits grew closer. Things came up, as they often do during the home buying process. Appraisals came back lower than expected. Unexpected repairs needed to be made. A title wasn't clear. The majority of problems that could have cost homebuyers their housing market-stimulus money.

This week, however, the U.S. House of Representatives decided to extend the closing deadline to Sept. 30 for those who had signed sales agreements by April 30. The measure still has to pass the U.S. Senate, which seems likely even in this interesting political environment.

What a wonderful development for those people who got into the sagging housing market to find the homes of their dreams or, at the very least, get a great deal. Either way, it certainly helped boost sales, especially in Lancaster County, Pa.

What about an extension for those who were enticed into the market by the tax credit, but, out of some difficulty, didn't get their signed agreement by April 30? I have a couple who searched for nearly two months for a house they could afford comfortably but they just found it a few days later than the April 30 deadline. They found their home four days after the deadline and they are set to close tomorrow. This is a young couple just starting out. They found a home that was within their means, but it's going to take some work to make it the gem it has the potential to become.

While I think the possible extension is a must, I wouldn't mind see a provision for the unlucky ones who just missed the deadline despite great attempts to meet the first deadline. 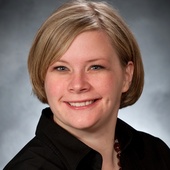 Life and Real Estate in Lancaster County and Beyond