Foreclosure activity in California is beginning to trend downward. The locally-based tracking firm ForeclosureRadar says its statistics dropped last month for every stage of the foreclosure process – with new defaults falling more than 17 percent.

It’s the second straight month that the company has recorded across-the-board declines. Filings at each step of foreclosure – default, sale, repossession – also posted sharp drops from year-ago levels. While the numbers appear to paint a clear picture of improvement, ForeclosureRadar remains cautious in its analysis.

“Given the staggering number of delinquent home loans, foreclosure activity should be rising not falling as we found again this month” said Sean O’Toole, founder and CEO of ForeclosureRadar.

O’Toole explained, “We have recently witnessed a number of cancellations where the owners have vacated the property and are clearly not working to modify their loan or complete a short sale. The most telling statistic that we present today may be that it takes lenders two months longer to foreclose then it did a year ago.”

The only significant increases from the prior year in ForeclosureRadar’s report were cancellations, up 141.3 percent, and time-to-foreclose, up 30.5 percent from May 2009. The company says it now takes lenders 235 days to complete a foreclosure in the Golden State, from the filing of the default notice to the auctioning of the property.

While extended foreclosure timelines may be skewing resolution numbers, it should be noted that newly initiated foreclosures declined significantly last month in California.

Notices of default filed against delinquent homeowners – the first step in the foreclosure process – fell 17.25 percent from April to May, according to ForeclosureRadar’s market data. They were down 43.34 percent compared to May 2009.

Notice of trustee sale filings, which serve as the homeowner’s final notice before the home is auctioned, dropped 11.88 percent on a month-to-month basis in May, and were 35.78 percent below year-ago levels.

ForeclosureRadar reports that banks took back 13,775 properties in May, 5.75 percent fewer than they did in April.

The company puts California’s total REO inventory at 87,964 homes, down from 90,000 in April and 18 percent lower than it was a year ago. 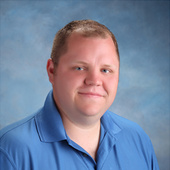