With home sales sliding, employers reluctant to hire and world stock markets gyrating wildly, the U.S. economy is in danger of stalling. Now one of its only reliable sources of fuel is running out: federal stimulus spending.

Funds flowing from the $787 billion legislation passed last year have helped create hundreds of thousands of jobs and propped up social programs such as unemployment benefits. But with much of that money spent and lawmakers reluctant to approve another big round of spending, concerns are rising about what will replace it in the short term to keep the economy moving.

Jitters about a global slowdown pounded world markets recently after an index forecasting Chinese economic activity was revised downward and Greek workers walked off the job to protest government budget cuts. In the U.S., the Dow Jones industrial average plunged 268 points on news from the Conference Board that consumer confidence fell in June after three straight months of gains.

Economists worry that the weak labor market will spook U.S. consumers, whose spending fuels the economy. Dwindling federal stimulus funds are only heightening those fears.

California’s $85 billion share of stimulus funding has repaired bridges and highways, built barracks on military bases and renovated crumbling infrastructure. Disabled veteran Bill Vaughn says his biggest job this year was a stimulus project repairing a pipe at the VA Greater Los Angeles Healthcare System. Since that job ended in January, he hasn’t found work for his firm, BCV Construction. “My company’s on the verge of closing,” said Vaughn, who lives with his in-laws in the Northridge section of Los Angeles.

In addition to infrastructure improvement, about $18 billion of California’s share of stimulus funds has been spent on social programs such as Medicaid, unemployment insurance and food stamps. Billions more flowed to schools and job centers. But with those funds now gone, officials are preparing for another round of belt-tightening.

“It was unbelievable feast one year and famine the very next,” said Blake Konczal, director of the Fresno Regional Workforce Investment Board, which used stimulus funds to help more than 2,000 unemployed people attend job retraining. The office’s budget doubled thanks to $16.4 million in stimulus funds but will contract again in the new fiscal year, which begins July 1.

The American Recovery and Reinvestment Act has been contentious since Congress approved it in February 2009 to aid an economy mired in a deep recession. Republicans have been particularly critical of the program and its price tag, and the final bill was billions of dollars smaller than the one President Barack Obama had originally proposed.

But seventeen months later, those stimulus jobs, along with temporary government positions created for the 2010 census, are among the few bright spots in a dismal employment market. The nation’s unemployment rate is 9.7% and companies have shown little willingness to hire. Private-sector employers added just 41,000 jobs in May, out of a total of 431,000 jobs created.

The government has few levers left to pull to produce quick growth. Interest rates are already at rock-bottom levels. Concerns about swelling U.S. deficits have many on Capitol Hill opposed to the idea of another stimulus. That has some economists worried.

“There’s an uncomfortably high probability that we slip back into recession,” said Mark Zandi, chief economist of Moody’s Analytics. “If we slip back, there’s no policy response. We won’t have the resources to respond.”

To be sure, there are still thousands of ongoing stimulus projects and billions of dollars to be spent. The Obama administration is calling this “Recovery Summer” and will spotlight dozens of stimulus projects in the coming weeks. But many important programs are losing funding.

Among the most crucial is unemployment insurance. Benefits vary from state to state, but the federal government has helped pay for five extensions that have boosted the duration of payments in states including California to as much as 99 weeks from the standard 26 weeks. Stimulus funds have also helped subsidize health benefits through the Consolidated Omnibus Budget Reconciliation Act, or COBRA, which gives jobless workers an opportunity to continue their coverage at group rates for a limited time.

Efforts to extend those provisions are stalled in Congress. The National Employment Law Project estimates that 1.63 million workers will exhaust their benefits by the end of this week, and at least 140,000 workers will lose COBRA coverage.

In California, which has the nation’s third-highest unemployment rate at 12.4%, the Employment Development Department estimates that 205,000 unemployed workers will not receive further benefits without congressional action. About 2 million Californians are unemployed; nearly half of them have been out of work for 27 weeks or more.

“There’s nothing out there,” said Jennifer Tilt, a resident of Bloomington, a town in San Bernardino County, whose unemployment benefits will expire soon. Tilt, who has a bachelor’s degree, said she’s applied for jobs at fast-food restaurants to no avail. She’s dependent on her two grown children and her mother’s Social Security check to pay the bills.

Other programs are in jeopardy as well. The federal government temporarily increased the amount it contributed to state Medi-Cal payments by 11.6%. Without further congressional action, those contributions will end Jan. 1, halfway through the state’s fiscal year. The state will have to find the money for Medi-Cal elsewhere, probably through $1.8 billion in further cuts, according to the governor’s office.

“The human impact of requiring us to find another $1.8 billion in spending cuts to replace federal funding that was designed to help states avoid deep cuts is both cruel and counterproductive,” Gov. Arnold Schwarzenegger wrote to the state congressional delegation earlier this month.

Republicans say extending benefits and other provisions of the stimulus bill will add to the country’s trillion-dollar deficit. “Here’s another idea Democrats should consider, one that Americans have been proposing loudly and clearly: Stop spending money you don’t have,” Republican leader Mitch McConnell of Kentucky said last week on the Senate floor.

But Democrats—and some economists—say that spending money now to create jobs and fund unemployment benefits is the only way to stave off another recession.

“What worries me the most is this idea that austerity is going to be helpful,” said Michael Reich, a professor of economics at the University of California-Berkeley, who said that ending unemployment benefits could drive more people to file for disability and hamper long-term growth. “When you make an economy shrink, it makes it harder to pay back debt in the future.”

The nation’s construction industry provides a window into the tough choices facing lawmakers. Federal tax credits have helped drive home sales while stimulus spending on infrastructure has put laborers back to work. Such subsidies are unsustainable in the long run. But when to pull the plug?

New-home sales dropped 33% in May 2010 as home buyer tax credits ended. Construction employment declined in 25 states that same month, according to the Associated General Contractors of America.

“In the next few months, unless some other kind of work comes along, we’re not feeling very optimistic,” said Ken Simonson, chief economist for the contractors trade group.

I'm waiting to see what will come out of the latest G-20 and G-8 summit where I believe the world economy-boosting-strategies were main focus. Thanks for sharing. 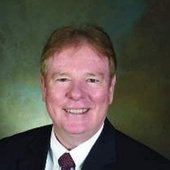