Late Wednesday night the Senate followed the lead of the House of Representatives and voted to extend the closing deadline for the popular homebuyer tax credit that was scheduled to expire yesterday at midnight.  Once President Obama signs the Homebuyer Assistance and Improvement Act of 2010, which he is expected to do next week, homebuyers will have until September 30 to close on their home purchase and still qualify for the tax credit (as long as they signed their sales contract by April 30, 2010).

The federal tax credit was part of the American Recovery and Reinvestment Act signed into law in February 2009.  The $8,000 credit was available to first time buyers who purchased a house after January 1, 2009 and was originally scheduled to expire on November 30, 2009.  The credit was seen to have stimulated home sales, especially in the lower price ranges, and in November Congress extended it through April 30 and added a $6,500 tax credit for non-first-time buyers.

The National Association of Realtors® (NAR) had pushed hard for the extension claiming that 180,000 potential buyers who were holding signed contracts would be denied the credit under existing rules. Other estimates put the number of eligible pending sales as high as 200,000.  Mortgage requirements are slowing some traditional closings, but buyers who are purchasing bank owned real estate or short sales often find themselves involved in an extremely lengthy process.  One mortgage originator said that even the slightest change in paperwork such as a repair required after an inspection or appraisal can take weeks for approval because of the number of signatures needed from the bank or mortgage servicer.

HR 5623 also contains additional provisions to tighten the rules to prevent tax credit fraud.  The Inspector General for Tax Administration in the Treasury Department said earlier this month that his office had found substantial fraud in the program.  This included claims that were paid on houses purchased before the program started and for houses actually owned by someone else.  The Inspector General also found that some 1,300 prison inmates, some serving life terms, had claimed and received more than $9 million in credits.  The new legislation will allow the IRS to disclose tax return information to prison administrators.

There is still time to close even if you are waiting on an approval of a contract that is dated 4/30/2010 or before. Contact Jonathan Himmelwright at 1 800-323-0954 and get APPROVED TODAY or visit him on the web at www.LenderJon.com  DON'T WAIT!

Thanks for the informative blog!  Passing it along to my local viewers.

And it was signed by the President right?  And the extension is THROUGH September 30, 2010?  I have a client who is making me think I lost my mind.  She kept insisting in June it was extended.  Now she believes it is through August 1, 2010 because  her financial advisor told her so and the financial advisor found that on a .gov site.

Jul 09, 2010 03:33 AM
LIKE
#2
Anonymous
Jonathan Himmelwright
It is now Law as it was signed by the President. Anyone with a purchase contract dated April 30th, 2010 or PRIOR now have until September 30th, 2010 to close.
Jul 09, 2010 03:55 AM
LIKE
#3
Show All Comments
Older Post Newer Post
Back to Top
Generate More Leads from this Listing
With a Trulia Pro Account
Learn More
Find what you need?
See More Blog PostsAbout Real Estate! SEE MORE NOW!
Rainer
5,680 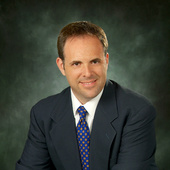