It is great to hear that Homebuyer Tax Credit closing deadline has been extended but for some homebuyers, it is already too late as many have cancelled their cntracts in anticipation that this will not happen.  More homes were placed back into the market creating more listings that were not there towards the end of April.  It is a good thing, however, most of agents have lost deals (just like me) as a result of this.

Thanks to the REALTOR® ACTION CENTER for helping to make this happen.  You can read their message below or you can go to www.REALTORRACTIONCENTER.COM.

Congress has passed an extension of the closing deadline for the Homebuyer Tax Credit, the Homebuyer Assistance and Improvement Act (H.R. 5623). The extension applies only to transactions that have ratified contracts in place as of April 30, 2010, that have not yet closed. The legislation is designed to create a seamless extension; the new closing deadline for eligible transactions is now September 30, 2010. There will be no gap between June 30 and the date the President signs the bill into law.

NAR worked closely with Congressional leaders on both sides of the aisle to enact this important legislation. Extending the tax credit closing deadline will help provide additional stability to real estate markets across the nation.

Additionally, the Senate has passed the National Flood Insurance Program Extension Act of 2010 (H.R. 5569), an extension of the National Flood Insurance Program until September 30, 2010. This will allow transactions to move forward. The bill is retroactive and covers the lapse period from June 1, 2010, to the date of enactment of the extension. NAR members sent more than 250,000 letters to Members of Congress encouraging them to extend the program.

H.R. 5072, FHA Reform Act of 2010, would strengthen the FHA loan insurance program while keeping it available and affordable to responsible home buyers. Allowing FHA to raise the monthly insurance premium would let FHA lower the up-front premium that places a burden on cash-strapped borrowers at closing. En route to passage, the House defeated an amendment that would have increased the FHA down payment from 3.5 percent to 5 percent, which would have disenfranchised more than 300,000 potential homeowners and would not have contributed significantly to FHA cash reserves. 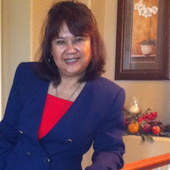 A WINNING ATTITUDE! I put in the extra effort to be the best, bringing my background as a winning professional REALTOR to every customer. MAKING THINGS EASIER! I specialize in helping homeowners sell their homes in a Short Sale process. I take pride in knowing that I can assist my clients efficiently - I can help and make things easier for you. THE ULTIMATE GOAL! I know how important it is to establish goals that fit my clients’ needs. I listen carefully, knowing that the ultimate goal is to provide the best service possible. Whatever your goals may be, I am here to help make them happen.