As of yesterday Congress and the Senate have both passed legislation that will provide home buyers with an extra three months to qualify for up to $8,000 in federal tax credit. Home buyers who where in contract prior to April 30 would now have unit September 30th to complete the transaction. Under current legislation they would have had to close prior to June 30. The final step is to have the legislation signed off on by President Obama, which is expected shortly.

This is great news for home buyers. Many buyers have been unable to close in the short time frame of the original legislation. The National Association of Realtors estimates that approximately 180,000 otherwise eligible buyers would likely miss out on the tax credit if the legislation did not pass.

Hopefully that will be helpful to the people that have been in contract on short sales.  It is a shame that they would have already had to be under contract by April 30th as the summer market could use a little help.  Thanks for sharing, I get a lot of questions on this subject and I was not sure if it in fact was passed! 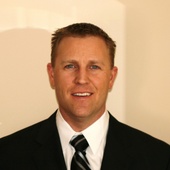 over 9 years ago
bookmark_borderbookmark
Do you play GUESSING GAMES with your potential buy...
View more Recent Posts   arrow_forwards