I'm re-blogging this post because it is an issue for all of us who may work alone.  The points made here are excellent and the suggestions can be adapted to fit your work situation.  Please pass this information along to others and BE SAFE!

Safety Steps for Women Realtors - Don't Make Yourself a Target!

I have not been in the Rain for a while.  After being gone for a while I have to tell you,  what I really want to do is write about how my daughter just took the honors of top student web designer in the nation.  But I felt this was more important.  Oddly enough, there have been many times I started writing this but it just seemed there was always something else more important.  Then it became to close for comfort . . .  . Whether we want to admit it or not, women are sometimes at a serious disadvantage.  It has nothing to do with knowledge about the intricacies of real estate.  It has nothing to do with the fact that we have to take time off to have babies.  Women, I believe, are pretty much equals with men in real estate with one huge exception.  It was the way God created us, but we are smaller and for the most part will never have the power that a man has.  Unfortunately, there are men out there in the world who will exploit that weakness to their advantage.  I let my guard down last week but ,by the Grace of God, a mistake kept me safe when I believe it could have been horrible.  This is my story.

I have been really busy and I took a call and made an appointment to show one of my listings and continued on with what I was doing without missing a beat.  But I should have slowed down to think about what I was doing.  I AM smarter than this and I have always been really careful, but it didn't even sink in that it was a man by himself.  It didn't even dawn on me to be worried about--it is Hudsonville/Jenison for crying out loud.  Paul Harvey has even reported our area to have the highest number of churches per capita than any other area in the nation.  I am still usually much safer but I was on warp speed mode.
The next day rolled around and I was suppose to meet him at noon.  As I went to walk out the door, I told my son if he wanted a ride to work then he better hurry up and come with me and I would drop him on the way.  We were halfway to his work when I realized I had done it again, thought he had to be at work at noon when he is actually suppose to be there at 1 pm--he missed it to.  So I told him to come with me on my appointment which wasn't that far away.  Now normally he would be driving as he needs drive time, but this time he was sitting in the passenger seat.

We got there at about 5 minutes before noon and pulled into the parking spot in front of the house which was parellel to the road but kind of at an angel. . .  .and we waited . . .and waited . . and waited.  At around 12:15 a guy went by the house slowly and was really rubber necking it--leaning across the seat and looking really hard at the house--or so I thought!  Truthfully, I just thought wow he is really interested in this house.  The house sits about 200 feet off the road so with the angel and everything, he didn't see me watching him.  He could only see my son.  I didn't really think that much about it.  We waited until 12:30 and left--I haven't had a no show in years.  Still oblivious to what had just happened.

When I got back to my desk I called the seller to apologize that she and her family had to leave for no reason.  She asked me when I had taken the call to show the property and I said, "I don't know, sometime yesterday am".  She said there was a vehicle that was stopped in the front of the house talking on the phone at right around 10.  I said, "oh, what color was the truck".  There was  a long pause and she said, "Tami I didn't tell you it was a truck".  Serious chills ran down my spine.  "Oh dear Lord ," I said, "please don't tell me it was a red truck".  She confirmed that it was.  I felt sick to my stomach.  "Did it have a red matching topper?"  Long silence . . . ."yeah it did".

I hung up the phone and with dread, pulled up the phone number he had given me and called it and listened to the computer voice tell me how this phone was no longer in service.  Dear God in Heaven . . .he had driven by and seen a man with me and had kept going . . . .he had planned on me being alone.  I knew it and my seller knew it.  I called the police and told them what happened and they asked me if I had taken the plate number.  I hadn't because it hadn't dawned on me what was going on until long after I had left.

I let my guard down and I shouldn't have.  Let's face it, most Realtors can't afford to give up a client and that includes women.  But, I have had a plan that I have adhered to for years. . . and I slipped.  I would not have been prepared if I had been in a bad position.  My first plan is to have someone come with me.  When I can't find someone, I have a plan in place that is pretty thorough and I would like to share it with you.

#1.  Find out what you can about him before you meet him.  Where does he work, where is he staying.  Call and verify that what he tells you is true.  Believe me, when you call businesses and explain you are a women and wanted to verify who this man is, they commend you for not being  . . .well . . . .stupid.  Even better, ask who he is pre-qualified with and get their phone and information and call and verify that he is working with them.  I know many of you will say they should be pre-qualified before you even meet them.  On this I disagree,  but I don't want to debate that right now with this post.  I have called several companies when people say they just moved here for a new job--not once have I had anyone refuse to let me know that he did work there or he did have an appointment.

#2.  Before the appointment, call him and ask him for his drivers license number, plate number and the make, model and year of his car.  I have only had it one time that they refused and I had a creepy feeling anyway about him.  Most men are impressed that I am on my toes and thinking.  Tell him you will verify it when you meet.

#3.  Plan ahead and have someone who is keeping track of where you are and what homes you are showing and the addresses of all of them. #4.  Do not ever meet your male clients in a secluded place.  If you don't know that exact area, pull it up on Google maps and look at the aerial picture.  It will tell you a lot about if the home is secluded or in a subdivision.  If it is in a secluded area, meet them in a busy parking lot first.

#5.  Carry pepper spray.  Keep it in a pocket but don't put it on key chain so they see it--it takes away the surprise advantage.  You can buy it anywhere on line. #6.  Keep your keys in your hand.  Hold one key through your fingers so if you punched, it would stab.  You should also make sure you have a panic button for your car that will make the alarm go off by pushing a button.

#7.  Have a secret text you can use with your point person to let them know if you are in trouble and a different text if you are ok.  My text that someone sends me 15 minutes after I am suppose to meet him is, "what did you do with the key".  If I text back, "I left it under the flower pot" they know I am ok.  If I don't text back within five minutes, they call the police.  If I know I am in trouble, I text back, "it is under the garbage can".  From there I have to text every 15 minutes.  The next text that my point person sends is, "the key isn't there".  If I am ok then I text back, "check both flower pots".  You get the idea.

#8.  When you arrive at the appointment.  Verify his info, then take his picture and a picture of the vehicle and text it to your point person.  They should be waiting for this.  If they don't get your  info, they immediately send the secret text.  If you don't respond or respond the wrong way, they immediately call the police.

Is this fool proof?  I am sure it isn't-- nothing really is.  But, this sure puts us in a better position!

Pass this around, print it, reblog it, copy it in any way you want.  You never know what women you might save!

THIS IS AN ADDITION AS I THOUGHT IT WAS GOOD INFORMATION

Dawn Maloney had some good advice:

Check out their name on www.pipl.com, google.com or 123people.com - she actually kept herself from showing a serial rapist a home by doing this.  Thank you Dawn!!

I'd highly suggest to you, and all women (and men) to read the book "The Gift of Fear" by Gavin de Becker. I can't recommend it enough. This book will change your perspective on the world and make you more aware of your surroundings and how you can prevent dangerous situations.

Unfortunately, there is way too much stuff going on at open houses.

Wow, what a scary story, thanks for the tips!

Safety is always a very important subject.  Thanks for re-blogging!  I shared a question online a few weeks ago on my blog called My Husband, My Bodyguard.  Like someone pointed out, I don't have to explain his presence, he's just my "assistant."  Be SAFE out there !  And thanks for the re-blog

Please pass this information along to everyone you know and ask that they do the same.  We all know to be careful but need reminders like this to keep the information fresh in our minds. Both men and women can be victims of assault and/or robbery.

Your story sends chills through me.  I thank you for sharing and reminding me to always keep my safety in my thoughts and actions.  I will share this with other agents I interact with daily also.    Thank God your son was with you for that appointment.  Your blog post is helping to save other women and possibly men, by posting this valuable information.   Have a wonderful holiday weekend.

Thank you for a real life story, not just someone heard that something happened.  Somehow, that makes it even more real and makes us women really put our safety first!  Thank God you are safe and God Bless you for thinking of others and by the way, congratulations to your daughter! 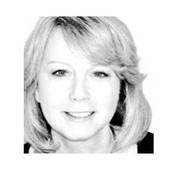