Fannie Mae has decided to penalize people that do a strategic default. They have decided not to lend to a person that has a stragetgic default for seven years. A strategic default is when a person lets their property go into foreclosure when they can afford the payment.

Fannie Mae's decision is to encourage people to obtain a loan modification or a short sale, both of which require a hardship to get approval.

Fannie Mae does not orginate loans, they buy mortgages on the secondary market, so it is questionable how the seven year wait will be enforced. A bigger question, since Fannie Mae is in trouble, is if they will be around in seven years. Real estate is based on supply and demand and another question will be if they will really want to keep this many potential buyers out of the market for seven years.

Fannie Mae has also said they will take legal action to recoup outstanding mortgage debt from people that strategically default. In California, if the loan was obtained to BUY an owner occupied residence, there genrally cannot be a default judgement. It is possible that Fannie Mae may sell their deficiency judgements to collection agency who will have up to five years to collect.

This appears to be an attempt to intimidate a borrower that is upside down in their mortgage to keep paying.  A loan modification or a short sale may now be your best choice of acion but please contact an attorney and/or a CPA and get legal and financial advice. While I'm certainly not trying to encourage strategic defaults they have been a viable choice. If you are upside down with your loan you have choices but seek professional advice as the consequences of a strategic default appear to have increased.

HEY FANNIE MAE.  I HEAR YOU'RE PLANNING A COOKOUT FOR THE 4TH OF JULY.

GAMES FOR THE PARTY.  FANNIE MAE PLANS A TREASURE HUNT.

Hey Fannie Mae!  I heard you're COOKIN' UP some new ways to bury the American home owner deeper into financial ruin.

YOU'RE PARTNERS AT THE FED AND TREASURY DID A PRETTY GOOD JOB WITH THAT "TARP" thing where you gave the investment banks, commercial banks and insurance companies about $2,000,000,000,000.  That's Trillion.

Since you started this COOKOUT when you approved and purchased all of those sub-prime, Alt-A and other mortgage instruments that were securitized and sold by fat cat traders to fat cat investors on Wall Street  You know the guys, the ones that sold the securities backed by mortgages on American home owners' property.

IF THE AMERICAN HOME OWNER IS IN A POSITION OF NEGATIVE EQUITY, WHY CANNOT THEY CLAIM A FINANCIAL LOSS FOR TAX PURPOSES AND "WRITE IT OFF" as a corporation can do when they lose money on investments or P&L????  Why is the American home owner the entity that many would FORCE to have to HOLD THE PROPERTY WITH NO MARKET VALUE, LIVE IN IT AND CONTINUE TO PAY FOR IT WHEN IT NO LONGER MAKES ANY FINANCIAL SENSE.

The corporation USES THE TAX LAWS TO MITIGATE THEIR LOSSES.

Only the American home owner is forced to live in and continue to pay for their financial loss even when they didn't make the decisions that caused the loss.

Prosecute Franklin Raines for falsifying the Financial Reports for Fannie Mae to enhance his bonus income.  Of course when the gig was up, he walked away with a cool $50,000,000.  Mr. Raines is a known FOB, (Friend of Bill (Clinton).

You might go after Christopher Dodd too for promoting sub-prime loans that were the Countrywide speciality while he got favorable interest rates from Countrywide as a "Friend of Angelo".

AMERICAN HOME OWNERS DON'T HAVE ANY FRIENDS IN HIGH PLACES.  They're prime targets (pun intended).  Oh sure, the home owner is the easier target because, for starters, although they haven't broken any laws, they won't have the resources to fight you when you bring the power of the federal government down on them.  Collection will be easy, just assess, garnish and rake in the money.  You have the power.  Of course, the economy will be slowed that much more by taking a few million consumers out of the credit market, but shucks, isn't that part of the plan???  To reduce the American consumer to a supplicant with no credit, no resources and no financial future.

Another idea.  Why not give the collection job to your buddies at ACORN.

Strategic Defaults are those where the seller simply "decides" to walk away from the debt.  And, when that is the case, I fully agree that the lender should go after that seller.  In the case of a true short sale... NO... those folks are in major financial trouble, and cannot do anything else BUT so a short sale.  Major difference.

The problem is most of these people are so upside down in their mortgage. They have contacted the lender for a modification, usually just a resetting of the interest rate, and have been denied because they don't have enough of a hardship. I think being $300,000 underwater or what ever the figure is should be considered a hardship. These people can't refinance to a lower rate, are denied a short sale and a modification. Should they really be stuck for years with a high interest rate and a loan way over the value of the property. As a business decision it doens't make sense. The banks themselves walk away when they are upside down. Connie 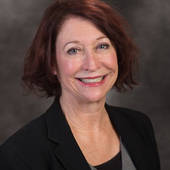