Over the past years it appears to be the politically correct thing to do, by drawing a bunch of lines on the pavement, and call them bike lanes.

In fact, and in my personal opinion, we have gone a bit overboard by now. Between trails, beautification projects and bike lanes it would appear that we have lost sight of a rather basic reality........

Who is paying for all this stuff, and the next obvious question is, who is actually using these trails and lanes.

Now keep in mind I am all for proper road design, proper methods to provide safe and appropriate road space allocations to all road users, from pedestrians, to bikes to handicapped and every other user of the roads.

It is with some basic observation skills however, that it becomes very obvious that over the past 8 to 10 years we are spending much more time, energy and effort to serve the few rather than the majority in planning, designing and providing road services.

The current trend in and around Greater Victoria is, to make every main connector in and around Victoria into 2 lanes for cars, 2 lanes for bikes and 2 lanes for pedestrians. Off course when you look at the actual use of the 4 lanes for the slower traffic, we see very quickly that the allocation of space could easily be less than half of that allotted space and more than competently service the demand for generations to come.

The other matter with the current method of space (road way) allocation is that it in no way actually protects the slower traffic from the faster traffic, and accidents between cars and bikes are very common.....

How does any of this make any sense to me, well it does not, and this weekend edition of the TC, is just one more example of the (in)sanity of our local traffic planners.....

It is perfectly okay to announce another 3 to 4 million dollars towards more trails, bridges and overpasses, and I think it is great to make the lower Island a hike and bike destination of world class.... Hey I come from Holland, the country where there are more bikes than there are people, the country where creating bike lanes has been made into an art form and where you can go just about anywhere without sharing the road with cars.

But with all due respect, can anyone please explain to me why EVERY DAY there are major line ups at every one of the 3 key intersections in this town, that are so long that we all wonder when people are actually going to do something about it.

The 3 intersections I am talking about (If you are local you already know off course) are the Highway and Admirals/McKenzie, Interurban and Wilkinson, Craigflower and Admirals.

These are also pretty much the only 3 ways to go from east to west in this town, so every day for about 3 to 4 hours be are all collectively blowing nothing but pollution in the air, just because it is not politically attractive to spend a few hours and a few dollars to figure out how to flow the traffic better at these intersections and the key times of the day...

I am not even asking for overpasses, tunnels or extra lanes, just work the lights in such a way that higher preference is given to where most of the trafffic is comming from.

Now are these the only problems? off course not, but it would be a start.

In future posting, we will touch on things like Green light zones, elimination of stop lights at intersections, slower maximum speeds in residential areas, having bikes and pedestrians share the same space (like the galloping goose trail)

Pretty wild and radical stuff right, nah not really, it is being done everywhere in the world very successfully, and with great support by many levels of society.

Ah yes, I think the problems with bikes and cars are not just in Victoria. My biggest peeve is the cyclists that insist on riding on the sidewalk! Somehow they have missed the 'walk' part of sidewalk! I can understand if it is a small child but a child old enough to  be out by themselves on a bike should be able to ride on the road and don't get me started on the adults that do it!

The only City where I have seen it done properly is Montreal. they have proper lanes.

thank you for commenting, sharing the roads is a challenge every where.

However the way we are taking away from the ability let traffic move and flow by removing traffic lanes locally is likely going to cause some real problems when there are emergencies during rush hour, to the extend that assistance will be delayed to the point of causing major issues. 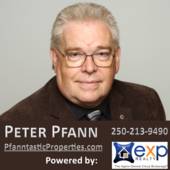