As a Realtor, we looking at "absorption rates" when working on a marketing plan and most importantly when completing a "comparative market analysis" or "CMA". What is an absorption rate? It is: 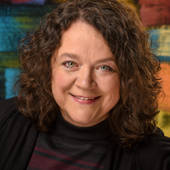