There are no words to convey what a thrill it is to report that this four year old little girl of St. Louis Missouri who was kidnapped while playing with her older brother - right in their front yard has been found alive and unharmed!

She was wandering around in a strip mall parking lot - in Fenton, a suburb of St. Louis around 80 miles from her home.

Alisa Maier was found alone and unharmed and was taken to a hospital according to the police and several St. Louis television stations.

Her parents were notified and traveled to the hspital to be reunited with their loving daughter.

Wow! This leaves me with more questions. Glad she was found safe and unharmed!

Oh - there is always more questions than answers in a kidnapping case.

This is one of the most bizarre situations I've ever heard of. At least it had a happy ending.

Hi Nicholas, I saw the story on Nancy Grace tv, but did not know she had been found yet.  That is good news for the family.  Thanks for sharing.

Jon - bizarre is the only word - leaving a child unattended is dangerous in the times in which we live.

Tamara - Nancy Grace doesn't beat me out of this story girl - I bring the hot news in AR!

I just read about this missing girl in the paper this morning. What wonderful news. Now if they can just find the 7 year old in Portland Oregon who has been missing for over three weeks ...

What a prayer answered! Thank you for the news! What a blessing to the family.

Nick - I had heard about this. Yes, this is an absolutely wonderful answer to a family's prayers. 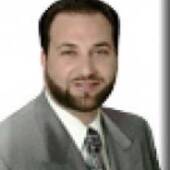