The much anticipated Rex's Chicken is the newest restaurant in Bixby, Oklahoma.  Before they even get the doors open each day, customers are already standing in line to get into the restaurant, which is a reborn effort of the original Rex's Chicken.

Rex's Chicken is famous for its honey covered fry bread and bite-size chicken pieces.  In 1999, the original chain went bankrupt and, in 2007, the new owners, Curtis Branch and Rutkauskas, bought all rights to the recipes and the chain name during a tax-lien sale.

The community of Bixby has been giving the new restaurant tremendous support.  Customers really enjoy the jalapeno-flavored chicken, fry bread, baked beans, corn on the cob, cole slaw and much more.

Now, people will begin to see Rex's Chicken chains around Oklahoma and surrounding states.  Tulsa Hills, Cherry Street district and Broken Arrow are next on their list of locations to place more restaurants.

Fast casual is the theme that Rex's Chicken restaurants will follow.  It's similar to Camille's Sidewalk Café, where customers order their food from the counter, and it is brought to you at your table after being freshly prepared. 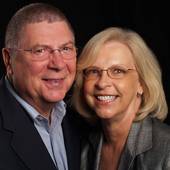