Housing prices were up during the first quarter in 19 of 36 countries included in a survey of official house-price statistics compiled by online property research site Global Property Guide.

Global Property Guide calculates changes in real home prices after adjusting for inflation. While home prices in North America remained weak, "massive recoveries" under way in Hong Kong (up 27 percent from a year ago), Singapore (up 24 percent) and Taiwan (up 18 percent) could signal that a bubble is forming in Asia, the report warned.

Analysts have expressed concern about the rapid price appreciation in Hong Kong, "and there is a lot of very un-Hong Kong-like outrage at 'speculators,' " the report said.

Norway's recovery has been spurred by "a massive stimulus package and low interest rates," Global Property Guide said, although the Norges Bank raised a key short-term interest rate on May 6 by 0.25 percentage points, to 2 percent..

France and Germany saw more modest price appreciation -- less than 1 percent after adjusting for inflation -- but it was the second consecutive annual increase for France, the report said.

While year-over-year price declines were observed in Spain (-6 percent), Iceland (-14 percent), Lithuania (-22 percent) and Latvia (-32 percent), there were signs that those markets were bottoming, the report said. Latvia, for example, saw a 10.7 percent increase in home prices from the previous quarter.

Countries in "severe crisis that show no sign of recovery" include Ireland (-16 percent), Bulgaria (-19 percent) and Thailand (-20 percent), the report said, with political instability playing a role in Thailand's downturn.

This would seem to be further evidence that we have turned into a global economy with neither stocks nor housing inverserly correlated across countries.

Thanks for the info Rina and welcome to ActiveRain! This is a great place to learn anything you need to know about the real estate business or about getting the most out of blogging and marketing yourself on line. If you have any questions just stop by my blog. I am an Ambassador so I am here to help you make the most out of ActiveRain.

Welcome to ActiveRain, Rina, and congratulations on your first post! This is a great place with lots of knowledgeable people who share tons of helpful information.  I hope you'll enjoy this great website as much as I do.

Welcome to the Rain! Active Rain is a great place to share your knowledge, expertise and thoughts, as well as network and learn so much from the vast pool of talent already onboard.

We joined last November and have found that the Rainmaker outside blog combined with Localism have worked well for us…. getting us better page placement on Google searches within neighborhoods. Worth checking out.

It is also a good idea to use a lot of pictures in your post from the area you cover to get and hold people's attention...they shy away from reading blocks of text.

A side benefit of AR is learning from other folks’s social media creativity and making friends for future referrals. Here is a good place to start: Learning  to use Active Rain

Have great success this year,

Thank you guys for all you comments and warm welcome!! 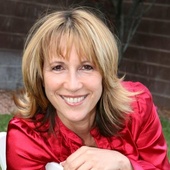