Anthony Robbins be damned!  Actually, I've never been to one of his seminars and I might be totally barking up the

wrong tree using him as an example (I just thought it was funny), but I am calling out all of the folks out there who preach this blind "think positively and good things will happen to you" sort of philosophy.

I hate to be the bearer of bad news, but it's entirely possible to smile all the way to the poor house!  Faith without action is simply wishful thinking!

In order to b

e successful in the real estate business or just about any other business for that matter, you do have to have faith and to think positively, but you also have to work hard and smart.  Steven Covey talks about how working hard isn't enough in his book, "The Seven Habits of Highly Effective People".  He uses the example of how you can be positive, motivated and you can work hard in cutting a path through a jungle only to find out that you're in the wrong jungle!

Jim Rohn tells a story about a fisherman who had a great life.  Everyday he would go down to the water and get in his boat, set his sails and then go out to the fishing grounds to get his family's food for the day.  Everyday of his life went the same way and every day of his life the wind came from the same direction, so things worked for him.

Then one day the winds changed.  They were no longer coming from the direction that he was accustomed to, but had

turned around and were now coming from the opposite direction.  The fisherman couldn't believe that this was happening, but he was positive and motivated, so he got up each morning and went to the water and set his sail the exact same way that he had always done.  And he would sit there!  He couldn't make it out to the fishing grounds to get the fish for his family and eventually they all starved to death.

The moral of the story?  The wind is the wind.  You can't do anything about the direction that it blows.  You can however change the set of your sail!

Debbie: Thank you for the kind words....I'm not very religious, but I did think that the bible had something like that in there!  Seems like a good thing to point out to people!  Again, thanks for the comment!

Bob - I agree completely that a positive attitude alone will not create success - that comes from hard work, knowledge, focus, setting goals AND a positive, can-do belief.  I've enjoyed and learned so much from the leaders you've mentioned.  Covey's "7 Habits" made a big difference in my life.  I also enjoyed "Who Moved My Cheese" which is tells a great story similar to the fisher you've described.

Lynn:  I've heard good things about the "Who Moved My Cheese" book, but can't say that I've ever read it.  Stephen Covey's 7 habits is something that I'm working on intergrating into my life with varying amounts of success....half of the battle is in the trying though, so I still hold out hope for myself!

Bob, Great point on this post.  Isn't it amazing how "lucky" some people get when actually they have been working consistently or change the direction of their sails!  Thanks for your insights!

Have a Colorful Dau!

An interesting and thought provoking Blog. I watched "The Secret" and could not understand all the excitement about it.

A positive attitude is essential - but as you put it, "you've got to adapt to the wind".

The old golfers saying is true: "The harder you try, the luckier you get".

Irene and Stewart:  thank you for your coments!  I'm glad that you appreciated my points!

I have enjoyed reading the blog and the comments here - some great advice --I agree with all - think positive and DO THE WORK!!

I agree with the comments.  However, a positive attitude is and remains important.  There are things that we can change and things that we can't change.  I try to focus on the things that I can change.  That means, managing my time, being more productive, etc.  Surprisingly, a positive attitude makes a world of difference.  I am more productive and more focussed.  At the end of the day, I feel a sense that I have accomplished something.  It seems to rub off on colleagues.  And, it didn't cost me a dime.

Norma:  Thanks for your kind words.

Ryan:  You're right.  A positive attitude is indeed the first thing that you need to master, but then it takes the hard work and consistant application.  Thanks for your comment.

I agree Amen to that.  I am planning on changing the course of the wind in my area.  All someone has to tell me is that I can't and I will prove them wrong.

I am with you on this train of thought.

Now how about the I deserve it one? My comment is you are quite fortunate if you do not get what you deserve, the rest is based on hard work and perserverance,

Positive thinking is great, but it is only 1 part of the puzzle to "success". Postive thinking is only the start, but there are so many other attributes that are necessary.

Well, on windy days I work indoors with the thought that this too shall pass. The sun will come back and the birds will chirp. What I do during these windy days will have me ready to take full advantage of those sunny days. I am positive that what I am doing right now will prepare me for tomorrow.

I am curious if any of you have read "Outliers" by Malcolm Gladwell? he is the author of "The Tipping Point" and "Blink". If you have, I am interested in your opinion of this book.

Personally, when I hear stuff like "The Secret" I have  a deep desire to avoid it (I also react to anything that claims to be the "lost key to"..). What many of these positive-thinking-manifest-whatever-you-want type of philosophies espouse totally ignores a great deal of what it is to be human, IE. your life circumstance, your talents and gifts, accidents, your worldview, your unconscious blocks and complexes, and, yes, the actions one takes (you can take a lot of action but if it is the wrong action it will not give you what you want).

I am all for positive optimistic thinking but the problem with much of this type of "affirmation " dogma is that it tends to boom-a-rang back on those who try it but fail to "manifest", making them sink even deeper into "failure' mentality.

It is written"that as a man thinks in his heart,so is he ",but also "faith without works is DEAD" !

Bob, good post.  I like all of those motivational speakers that you mentioned (Covey, Robbins, Rohn).  My favorite has to be Napoleon Hill.  He authored the quote (that I think rings true to your point "create a definite plan for your desire, and begin at once, whether you are ready or not, put this plan into action".  Meaning, no matter what the desire you have, you must act on it in order to accomplish your goals.  You must not simply dare to desire something, but rather dare to act on it.  Happy Selling!

There is a saying, that what you believe will happen, will happen.  I think it will happen if you put action behind your beliefs.  However if you believe it won't happen, you will be right too.

I don't think any of the coaches or motivational speakers advise to stop at thinking positively, I think that's where they start.  Then keep your eyes on the prize and keep acting as if what you believe you can do, you can do.

As one super salesman I used to work with said, there are no unreasonable goals, just unreasonable timeframes.

Bob, Thanks for the post. You can pray all day for a good garden while leaning on a hoe, and never get what you pray for. Hard work and determination must be paired with a can do attitude.

Motivational speaking alone ala Tony Robbins does not do it.  You have to set goals and put action behind it.  As far as that fisherman he is similar to the mice in "who moved my cheese"  You need to look to the future and constantly reinvent but then take action.

Yes, I agree with the general theme, its nice to be positive, but even if you have the right attitude, you are going to get run over by the train if you just sit on the tracks. 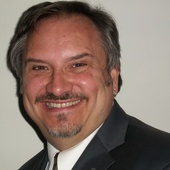