lly referred to as a Shotgun House. I can still recall the weathered cypress planks that adorned its long sides; the roof was composed of gray hued slate tiles. Rooms were spacious and ceilings were exceptionally high. The deep yard was bare of trees or shrubs and the home raised several feet off the ground on red clay bricks, known as pier and beam foundation. My grandmother owned the home and I was told the house originally stood adjacent to fields of sugar cane, built around the mid-1800's.

There's a great deal of speculation as to why this particular design is known as a shotgun house. There's a theory that suggests the term "shotgun" is a reference to the idea that if you opened all the doors to the house, the pellets fired from a shotgun would fly cleanly from one end until exiting out the rear door.

All rooms lined up one behind the other with all rooms built off to one side. The living room was first, followed by two bedrooms. The kitchen was next and included an enormous box fan in the window to remove both the heat generated from cooking, as well as, to draw ventilation through the home. Few families owned window air conditioner units. The noise generated by the loud, squeaky, belt-driven motor was deafening. Last came the bathroom, a later add-on when the out-house went out of style. I recall sharing the bathwater with my two brothers in the over-sized, white porcelain, ball-and-claw tub.

It's interesting to note that the New Orleans housing taxation structure contributed to the design of the shotgun house. The shotgun utilized a narrow face as property taxes were based on lot frontage. To add more living space and subvert the taxing system, the Camelback was created. A Camelback house, also called Humpback, is a variation of the shotgun that includes a partial second floor over the rear of the home. The floor plan and construction is very similar to the traditional shotgun house, with the exception of stairs in the back room leading up to the second floor. The second floor, or "hump", contains one to four rooms. Because it was only a partial second story, it was originally taxed as a single-story house. This was a key reason for their construction.

The tax system was later revised and shifted to the number of rooms, which equalized the taxation per square footage within a property. Consequently, neither design contains closets or hallways, which were counted as rooms. Chest of drawers and armoires were the means to store clothing.

I have some fond memeories visiting my great-grandmother's Camelback home on Annunciation Street near Louisiana Avenue. Many summer nights were spent in my dad's four poster bed, the windows open and the sounds of riverboats on the Mississippi River lulling me to sleep.

Photos used by permission: Wikimedia Commons. Thanks to Infrogmation and Susan Murray, photographers.

Mike, I have always loved the shotgun homes.  We have some in Lake Charles, but not near what you have n the New Orleans area.  Good post!

Mike, what a wonderful and educational history lesson you have given here.  I learned quite a bit aboout Louisiana housing.  Thanks so much.

Thanks Mary Kay and Karen Anne! I'm blessed having been raised in a town that offers such diverse architectural styles (pre Rita/Katrina). The French and Spanish had major influences on the city and New Orleans has had such a colorful history and past. I appreciate each of your comments tremendously. Thank you!

Hi Mike - I remember watching some news coverage right after Katrina when they went through some of the shotgun homes to assess damage, and I found it interesting that a person in the front of the house would have to go through the bedrooms to get to the bathroom or kitchen.  It's a great space-saver, but growing up did it raise any issues?

While growing up, it never seemed to pose any issues I can recollect Susan. Although one can imagine the implications such a design might have in today's world. A change in our values, customs, preferences, etc. are likely the reason this style lost favor among buyers.

Having guests over who would "enjoy a tour" of the house just to use the restroom facilities would be a little unsettling, perhaps. It's not clear what the views were for former generations who resided in these homes. From what I can ascertain, the design was likely created due to a desire to minimize property taxation. The other 'benefit' of having the rooms stacked and built to one side allowed for effective ventilation in our hot, humid weather before air conditioners became commonplace.

Marvelous point made; thanks for inquiring!

I am searching for a very rather small apartment in uptown near audubon park ...all utilities would be great since I have not lived in my own place over in New Orleans for over 10=yrs and I currently have been renting for the past five years in Pensacola where I own my own business.....thanks any suggestions would be helpful.....

Mike, this is a great post!  I also learned something, this is great!

Thanks Debbie! Glad you enjoyed it. 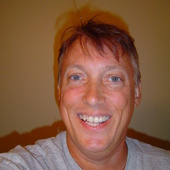