The 30 to 120 day late list is the best way to connect with homeowners that just defaulted.  This list is not public record, is created prior to the foreclosure process starting, and the homeowners are most likely to be co-operative.   The reason is simple.  The default issue is hot in their minds.  Generally speaking, the best short sale opportunities come out of the 30 to 120 day late list.


As a Realtor very active in short sales, and a successful short sales trainer, I am always asked what is the best way to connect with people early in the foreclosure process.  The answer is simple:  Get the 30 day late list.

If the propery owner continues in default, eventually the default will be reported as 60 day late, 90 day late and 120 day late.  Now a days very few homeowners who are beyond 30 day late in their mortage ever bring current their mortgage.  Individuals in this list either can't bring their mortgage current, or have decided not to do it.  Up to this point, the default is not public record.

Eventually, if the homeowner continues in default, the lender will decide to foreclose.  Once the foreclosure process begins, the homewner will soon appear in the Foreclosure List.  Foreclosure lists vary depending on state laws.  These lists show Lis Pendens, Notice of Default (NOD), Notice of Trustee Sale (NTS), Auction Lists, etc.  This lists are public record.  Homeowners in the foreclosure list are in the fast track to being foreclosed.

If you want to connect with homeowners at their first indication of default, get the 30 to 120 day list.  Here is what you need to do

Good info but I still think I will refer the short sales to those who have experience working them. I will take referral over lawsuit any day.

Sounds very interesting but how much does the late list cost?  I watched your intro video on the short sale product you offer and it does seem well priced.   Do we purchase the late list from a company or from you?

Oscar, this is a great opportunity... what's your email address? 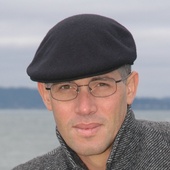