Picture this: You've signed a contract to sell your house. Your buyers say they've nailed down the right mortgage. All is well. But then the appraisal comes in low - $25,000 to $50,000 under what was agreed in the contract.

The lender insists on cutting the mortgage amount to reflect the lower appraised value. You refuse to negotiate anywhere near the price indicated by the appraisal, and suddenly - poof! The whole deal is off. You, the buyers and the realty agents involved are all left sputtering over the appraisal that scuttled the transaction.

This scenario is not unusual in many markets across the country, say home builders, realty agents and appraisers. One little-publicized reason why: Lenders unilaterally may be lowering the numbers on the appraisals submitted to them in order to avoid accusations that the loans they sell to giant investors Fannie Mae or Freddie Mac are based on inflated appraisals - even slightly inflated. Such value inflation can expose lenders to dreaded "buyback" demands, forcing them to repurchase loans at huge costs.

The vice chairman of the National Association of Realtors' Appraisal Committee, Frank K. Gregoire of St. Petersburg, Fla., says it's a widespread problem - large numbers of legitimate home sales "sabotaged by lenders and underwriters arbitrarily reducing the value estimate" provided by the appraiser.

Typically, Gregoire says, the lender orders a low-cost electronic valuation - based on publicly available statistical data with no on-site inspections - to review the accuracy of what was submitted by the appraiser. If there's a discrepancy between what the computer says and the appraiser's report, the lender's under-writers sometimes simply cut the number - even if this means knocking the real estate transaction off track. Or they demand an immediate explanation from the appraiser.

But all this may be about to change. Effective Sept. 1, Fannie Mae is prohibiting lenders who sell it loans from changing appraisers' numbers. In guidance issued June 30, Fannie Mae said lenders must contact appraisers to "resolve" any disagreements about the valuation. If that's not possible, they should order a second appraisal - not just chop the value supporting the real estate contract.

Appraisers applauded the new rule. "This is huge," said Gary Crabtree, president of Affiliated Appraisers of Bakersfield, Calif., and a member of the national government relations committee of the Appraisal Institute, an industry group. Pat Turner, an appraiser in Richmond, Va., said Fannie's new requirement "is great news for consumers" because loan underwriters hundreds of miles from the property "no longer will be able to change the appraiser's valuation" simply because they pulled a lower number off a computer.

Turner said these electronic models "are often inaccurate," and provide no information on property condition. He said an appraisal completed recently in Virginia was challenged by a review company based in California using a proprietary electronic valuation system. The reviewer wanted to know why Turner hadn't used a specific property in the area as a "comparable" in doing his appraisal on the house.

Turner checked out the suggested "comp," and it turned out to be a vacant lot, worth far less than the house - not a true comp "by any stretch of the imagination."

Fannie Mae's new guidelines also attempt to clarify other issues that have arisen during the past year, including the widespread use of inexperienced appraisers who are unfamiliar with local market conditions. Realtors, builders and mortgage brokers have complained to Congress that rules adopted by Fannie Mae and Freddie Mac in 2009 encouraged lenders to use "appraisal management" companies to value properties.

Those companies, in turn, often pay appraisers deeply discounted fees - half off traditional prevailing rates in some cases - and require them to complete their assignments far faster than normal turnaround times. Critics have charged that low-budget appraisers working for management companies frequently travel long distances to do their valuations, have minimal access to local realty data, and make excessive use of foreclosures and short sales as comparables - thereby depressing the values of non-distressed sales in the area.

Article At The Boston Herald

Alot of important information. Thank you so much for posting.

Its about time. Appraisal cutting has sabotaged many deals. 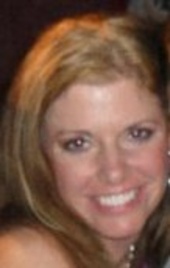 about 11 years ago
bookmark_borderbookmark
RD is Back!
View more Recent Posts   arrow_forwards