Fifteen years after Dearborn native musician Bob Seger graduated from high school right here in Ann Arbor, he released "Feel Like a Number." The song seems, in retrospect, to presage the way many Americans, including Washtenaw County residents, really are feeling these days - especially with regard to big banks. People are angry at big banks for their involvement in sub-prime mortgages and complex financial products like derivatives, which contributed to the financial crisis.

In the wake of big banks' risky investment practices, which led to our nation's current financial downturn, consumers are looking at alternatives for the investment and safe-keeping of their precious funds. As Americans begin the slow rebound from the financial crisis, the New Rules Project's Community Banking Initiative reports that the percentage of US consumer deposits held by credit unions increased from 9 percent to 10 percent. According to the National Credit Union Administration, federally-insured credit unions now hold nearly $724.8 billion of all consumer deposits. The Ann Arbor region's credit unions are reaping the benefits of local dissatisfaction with big banks, and, as consumers seek to divert their funds to local institutions, they are positioning themselves to gain more customers.

The growth trend for credit unions is providing a major boost for local institutions like the Washtenaw Federal Credit Union (WFCU), which changed its name on July 1 from Ypsilanti Area Federal Credit Union. "We're seeing [people] leave other financial institutions to come here to keep their money more local," WFCU CEO Gregory Gurka said. "I think they feel more secure knowing that we're based within Michigan (and) we're based within their community." At the end of 2009, credit unions based in Washtenaw County had $996 million in assets, 124,000 members and 18 branches, according to the Lansing-based trade group Michigan Credit Union League.

Michigan Credit Union League CEO Dave Adams believes credit unions are benefiting as dissatisfied consumers look to divert their savings to local institutions. "The credit unions have been the ones that proved that it's not about profit, it's about service," he said. "Whether it was a bad experience causing someone to change or whether it was the negative publicity that big banks have gotten, that is fueling a desire for people to give a second look at their neighborhood credit union."

Like our local credit unions, Martin Bouma - your Ann Arbor neighborhood expert - will find Ann Arbor real estate that's a safe and healthy investment in your future. Whether you're buying or selling a home, the Bouma Group can answer all of your questions about real estate in Ann Arbor. Interested in Washtenaw County, Saline, or a specific Ann Arbor neighborhood? Call the Bouma Group today! And remember to check out our Condo Hotline - we've know the Ann Arbor condominium market. 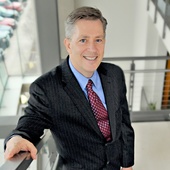