This post was written about the real estate market in Scottsdale, but the meaning applies also to our market...   If you are buyer looking for short sales or foreclosures, take a moment to peruse this market commentary.

Thank you Paul for writing such a relevant post and sharing it with all of us.

Allow me to explain.  For months, if not years, you have been told that the glut of housing inventory makes for a buyer’s market of epic proportions. Why, the ancient Greeks themselves would write songs about the opportunities that abound for any would-be hero with a hankering for a house.  The only problem with this suggestion?  It’s just not true.

What is a buyer’s market?  Most would define it as a preponderance of available supply and an accompanying dearth of demand.  Let’s take a look at both aspects of that equation.

In a perfect financial world, a buyer waits for the market stars to align in just such a manner before swooping in to claim a nest at a fraction of the “normal” cost.  It all works great in theory, but real world application necessitates that the prospective buyer be subjected to the same set of variables that has drawn down the pool of demand at large. It’s a buyer’s market when few have the wherewithal to actually buy.

Appraisal difficulties and tightened lending regulations are contributing to a somewhat artificial suppression of demand. The “want” is present in the market. Consumers want to buy houses. They want to take advantage of the greatly reduced pricing and sublimely low interest rates. Homeowners want to refinance their houses so that they can stay in them, thus contributing to the lowering of the overall supply.

Want has nothing to do with it. Without ability, all of the consumer confidence and desire does not translate to actionable demand.

So to clarify the lead-in to this post, the current Scottsdale Real Estate market does not favor ALL prospective buyers, as the “buyer’s market” connotation suggests.

Further, the favorable conditions for those who are in positions to purchase do not necessarily translate to negotiable strength. Well-heeled cash buyers, W2 employees with verifiable income, solid credit history/scores, etc will find that they do not call the shots to the extent that they were led to believe. The bargain bin of bank-owned foreclosures is incredibly crowded. You are elbow to elbow with competing consumers when a new shipment arrives. The mom & pop resellers, by and large, do not have the equitable flexibility to negotiate the 30-50% off of list price that many buyers envision. The short sale properties with the absurdly low price tags are, more often than not, pie-in-the-sky figments of the listing agent’s imagination. You submit an offer 10% off list price to the bank, which in turn proves to be 40% off the BPO (Broker’s Price Opinion) that is performed three months later. The bank tells you they will gladly approve the sale – for 75k more than you offered.

While the inflated inventory levels in the housing sector are cited often enough, it is not widely reported that the number of unencumbered properties available for purchase is far less.  In a market that is most assuredly not of the “see house, buy house” variety, the redaction of readily purchasable properties (due to competition in the low end, and lien encumbrances across the full pricing spectrum) tilts the negotiation playing field back towards center.  Neither party has a clear cut advantage when facing each other at the negotiating table.

The truth of the matter is that most of the savings that you can expect to uncover have already been factored into the asking price by the time a listing is brought to market. Sure, there will be those that require substantial negotiation, and plenty others still that simply fail to sell. Never underestimate one’s ability to overprice a house. These aren’t the homes you are most likely looking at, though. The ones that buyers are flocking to in droves are those that present the best value opportunities. And why not? Just be prepared for the competition that you did not think existed for said properties in this ballyhooed “buyer’s market.”

Trying to cobble “x” percent off the list price in circumstances in which others are offering “x” above the list price will only lead to frustration.  Don’t get greedy.  Do what it takes to lock up the lowest pricing the Valley has seen for seven to eight years (longer in some areas) while interest rates continue to hover around 5%, and you are well ahead of the game.

And lastly … smile.  You are the guy that so many lament not being right now.  You know, the hypothetical guy who spurs such proclamations at office parties and cocktail hours across the Valley:

“If I had two nickels to rub together right now, I’d buy every house on my block for less than I paid for my albatross back in ‘05.”

Your source for Scottsdale Real Estate since the dawn of time ... or thereabouts. 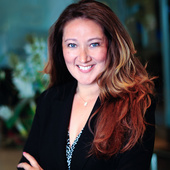