The Great Northern Railroad founded by James J Hill plays a key roll in the history of St. Cloud MN. James J Hill faced great adversity and turned it into great success. Known as The Empire Builder, he was a Minnesota entrepreneur extraordinaire. The statue in his honor in St. Cloud stands 20 feet tall and is carved out of granite.

Born in 1838, later blinded in the right eye by an accident with a bow and arrow, and forced to quite school due to the death of his father, he gained his knowledge from his work.

In 1873 a severe international economic depression happened. Banks were failing, unemployment hit 14% and Britian was loosing its position as a world economic leader. After the Civil War the railroads were the largest employeer (with the exception of farming) as over 50,000 miles of new track was laid across the United States largely due to Government land grants and subsidies.

In September of 1873 Jay Cooke & Company was about to start the construction of the second United States transcontinental railroad when reports circulated that due to the $300,000,000 loan from the government his firms credit was now nearly worthless and bankruptcy followed. This set off a chain reaction where the New York Stock Exchange closed for 10 days and out of 364 railroad companies in America 89 went bankrupt.

James J Hill was very hands on and followed every detail of the plan closely, even going out on horse back and plotting the trail for the new tracks himself. He wanted to find the most efficient placement for the rail lines to save money. He is qutoed as saying "What we want, is the best possible line, shortest distance, lowest grades, and least curvature we can build."

Mr Hill was at times widely criticized for his ways and his views, even the New York Times publicized a what must have been very scathing article about his business practices. I would like to find the original letter that Mr Hill wrote to the Senator to see his words. James J Hill was against any form of Government subsidy and bailout. He has been accused of being one of the robber barrons of old, but was in fact a true business man who understood how to operate a profitable business without the necessity of intervention from the government. James Jerome Hill was a beloved figure in St Cloud. To the Great Northern Shopworkers in St. Cloud and Waite Park and to other local business persons he was a very important part of the local economy, and a man of his word. When Mr Hill passed away in 1916 the Great Northern trains all stopped for 5 minutes in his honor as he was laid to rest. "Most men who have really lived have had, in some share, their great adventure. This railway is mine."

James J. Hill's legacy lives on from the amazing mansion in St Paul (now a National Historic Landmark) he built and lived in with his wife and their 10 children, to the James J Hill Reference Library (a major national resource for the Small Business Administration), to the incredible collection of works of art still on display, to his beloved rail company. He is responsible for much more, and with the links included you will be able to get a really good idea of who this man was way beyond what I was able to post here.

Nice bit of history on a great man. I read somewhere once that the character in Atlas Shrugged Nathaniel Taggert was in broad strokes based on James Hill. He is also responsible for the construction of the Stone Arch bridge in Minneapolis.

The James J. Hill house in St. Paul is an amazing home.  I find it incredible that he brought craftsmen from Europe, with their families in order to build it...

And he wa sa genius.  I hadn't thought of the Nate Taggert connection, but it will be in my mind the next time I read Atlas Shrugged.

Nice post Steve.  I also remember that he was helped establish Glacier National Park in Montana and is responsible for building the 2 lodges at the park.  He put a lot of money into the "Plaground of the Northwest" in order to bring tourists to the area with their slogan "See America First".

I wonder if the Minnesota Historical Society has the letter that he wrote to the Senator?

Hi Liz: Thanks for all your help with the research, there was no way to cover it all in the post, we would have to write a book.

Hi Lane: I almost put out a request to other Realtors to see if anyone had a few pictures of the home that they would allow me to use for this post, but then decided that I wanted to focus on the man not the house. If you have a pictures please feel free to share them. I was not able to get through Atlas Shrugged, just got to busy, before and will need to try to read it again this winter when things slow down a little bit, and I will be looking for the similarities too.

Hi Patti: He did so much for so many there was no way to cover it all here, and thanks for the idea about looking for the letter, I will have to check. I was thinking when I make my stop over at the Stearns County Historical Museum to check to see what they had for him too. I will be doing this soon as I am planning on making the museum another one of my posts on this area and why it is such a great place to live. I know he did a lot to help increase the population in Montana but I did not know about the connection with Glacier Park, see you learn something new everyday.

Steve, I have pictures, but they aren't scanned.  You might check Teresa Boardman, though.  I would bet she has some amazing shots.

Hi Lane: If and when you get yours scanned I would be very interested in seeing them. Also I sent an email to Teresa, you are right her pictures are incredible http://activerain.com/blogs/teresab Thanks for the info. 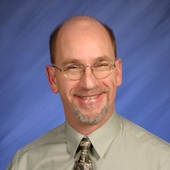